Our hotel is located very close to one of the city's iconic sites - Kaiser Wilhelm II train station (Gare de Metz-Ville map), from this object and start our acquaintance with the city. In 1871, Lorraine was annexed by Bismarck. Kaiser attached particular strategic importance to its main city, located on the railway line linking the whole of Europe. His successor Wilhelm II, following the precepts of the great conqueror, ordered to build a station in the city primarily for military use, designed to quickly send a large number of troops. 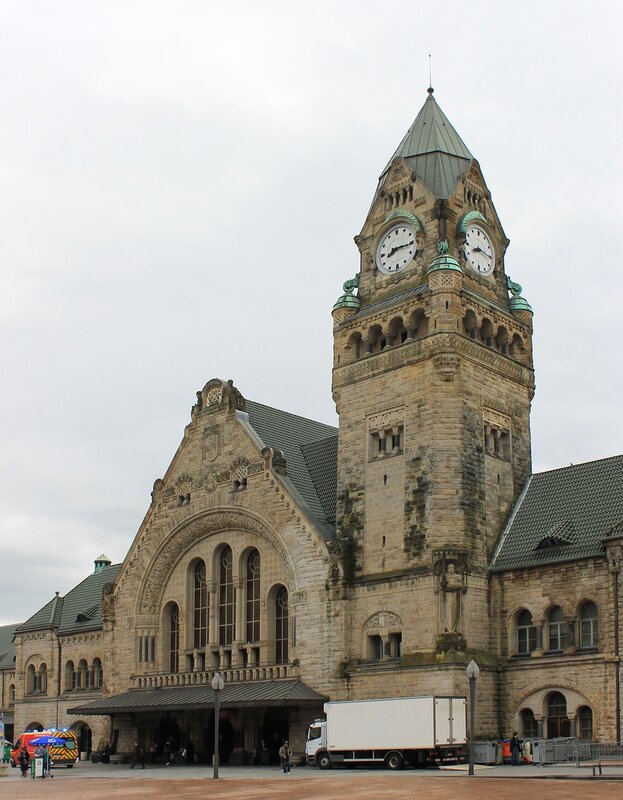 According to the project of the Berlin architect Jürgen Kröger in 1905-1908 was built a huge railway station, able to pass through its platform to 60 thousand people a day. Platforms and entrances to them were adapted not only for planting people, but also loading horses and artillery. 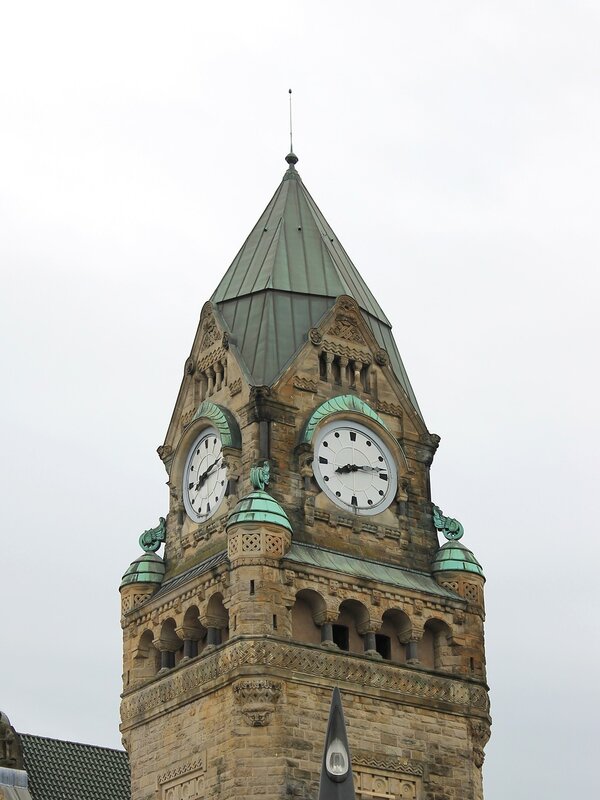 The building was built in neo-Romanesque style, is 350 meters long and decorated with a 40 meter clock tower. Because of the marshy soil, for the construction of the station building and other station facilities were hammered more than three thousand piles, to a depth of 10 to 17 meters. Themselves piles made from reinforced concrete which was an innovative solution developed by the French engineer Francois Genicom. The design of the facade made by the sculptor Schirmer. 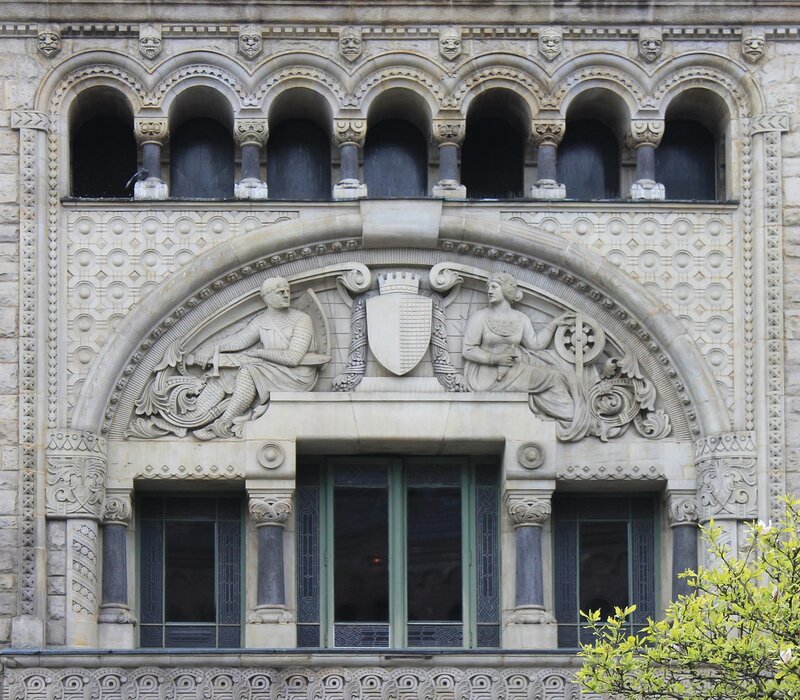 The station also served as the official residence during the visits of Kaiser Wilhelm in Metz, in the building were equipped with Royal apartments. 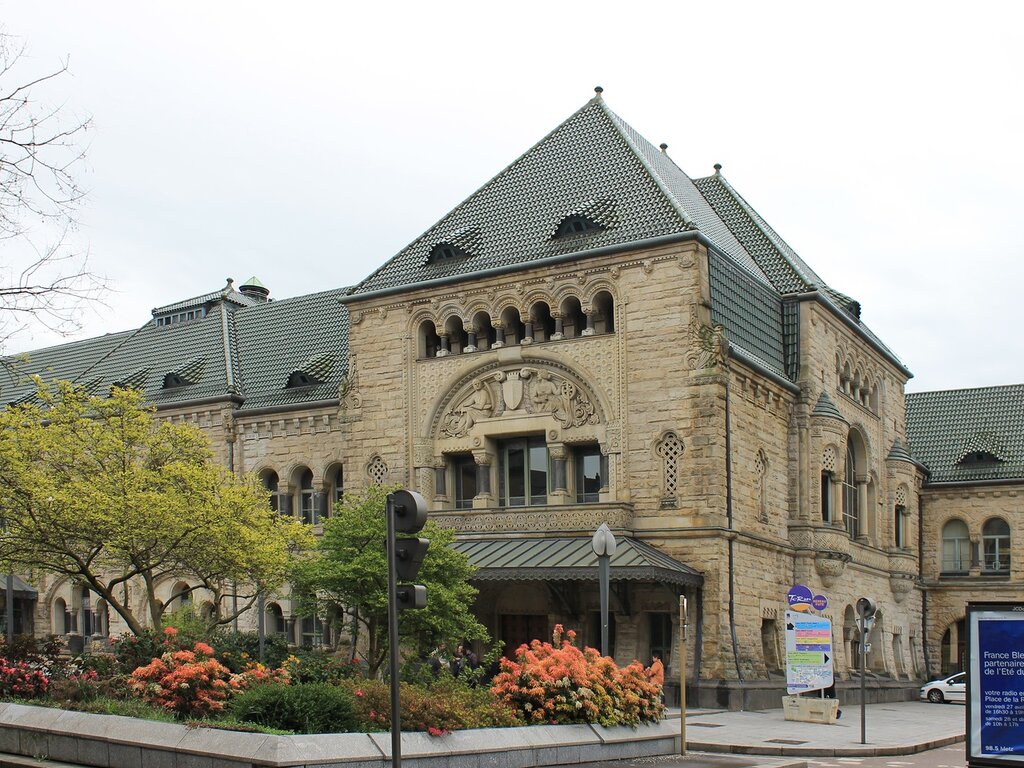 To the left of the station building there is a water tower with a tank capacity of 300 cubic meters, also made in neo-Romanesque style. Now in it there are household premises for railroad workers.
In January 15, 1975 the building was given the status of a monument of history and architecture.Now the station serves high-speed trains TGV, which can be reached in Paris (82 minutes), Luxembourg, Dijon, Lyon, Marseille, nice. Regular trains connect Metz with Brussels, Strasbourg, Basel and Zurich, Berlin, Hamburg and Munich. In the summer there is a message with Minsk and Moscow. The station is also a hub of Lorraine regional communication. 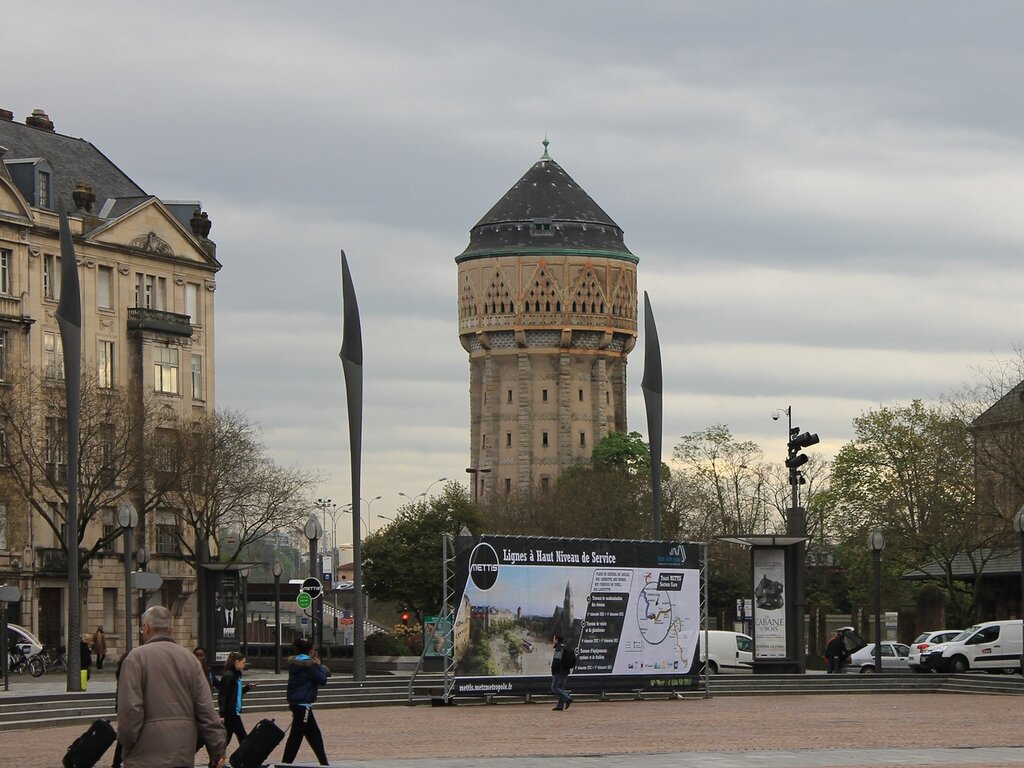 In the same period, a complex of buildings with a large post office was erected in front of the station. 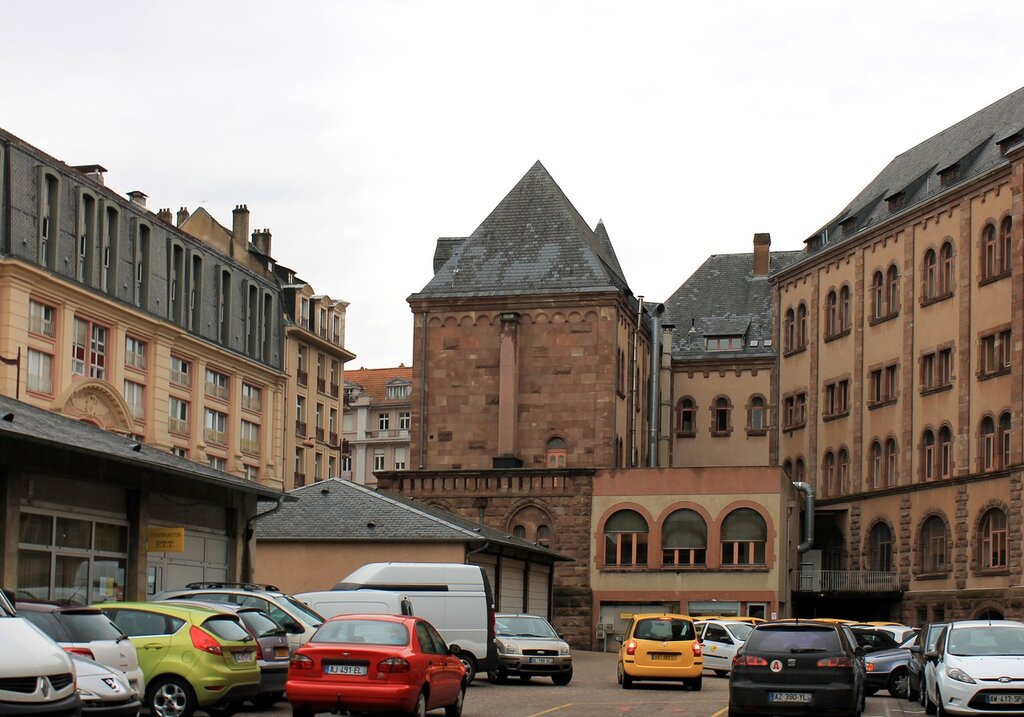 In front of the station building is the semicircular square of General de Gaulle, from this place we will go on Rue Gambetta in the direction to city center. 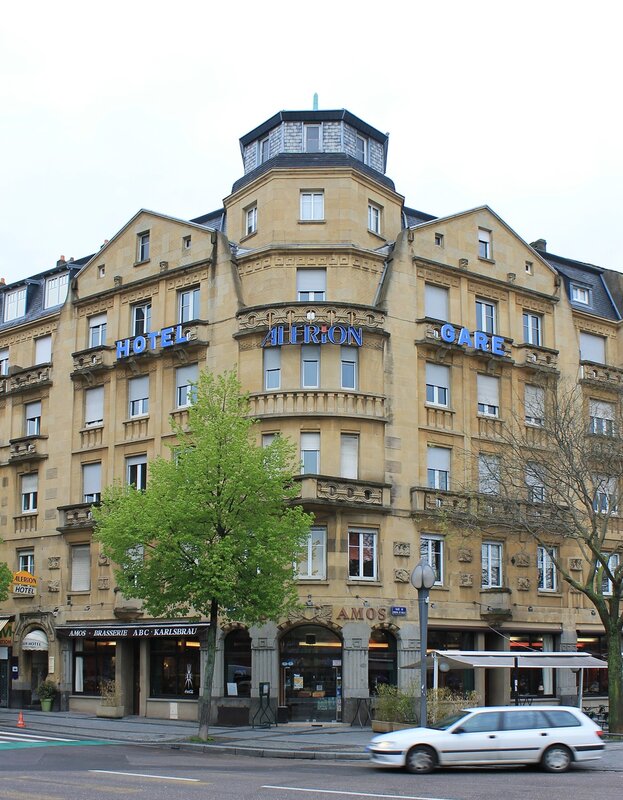