To the northeast of the Gouvernau Palace is the Arsenal building (Arsenal on the map), built on the instructions of Napoleon III in 1860-1964. Metz was located on the border with a dangerous neighbor-Germany, and its fortification was always given great importance. 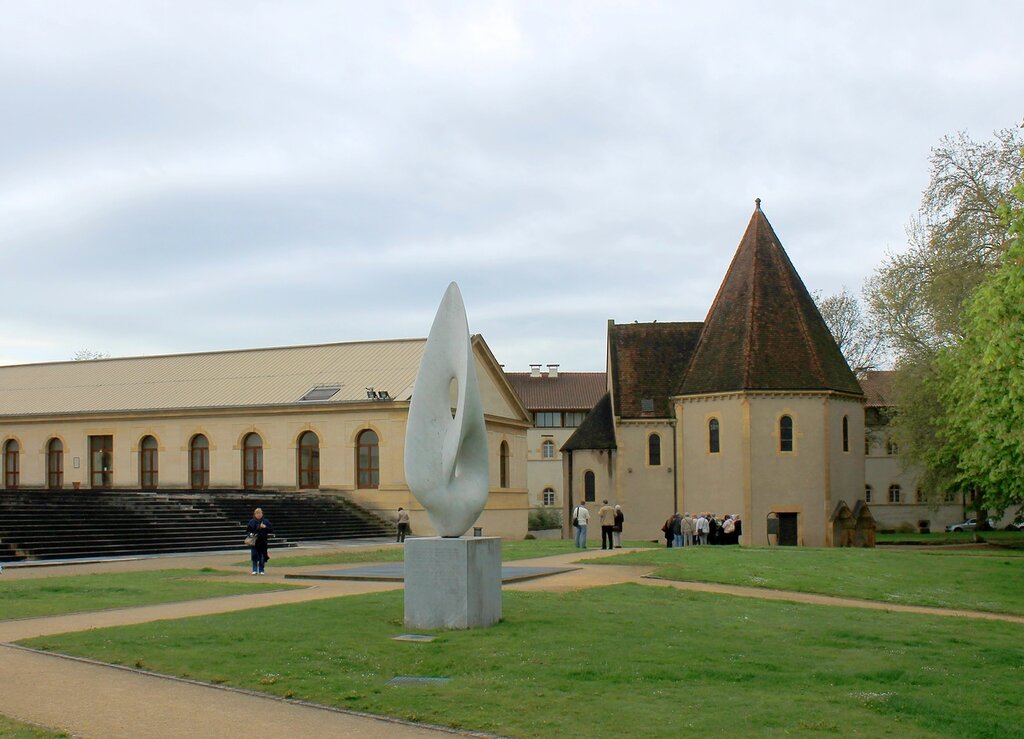 However, this did not save Lorraine from the Kaiser's annexation, and during the second Empire, the building continues to perform its old functions, serving as a repository for German weapons. In 1919, the French army became the owner of the building again, and 21 years later, Germany annexed Lorraine for the second time. The Arsenal regularly performed its function until the liberation of Metz from the Hitlerite forces. 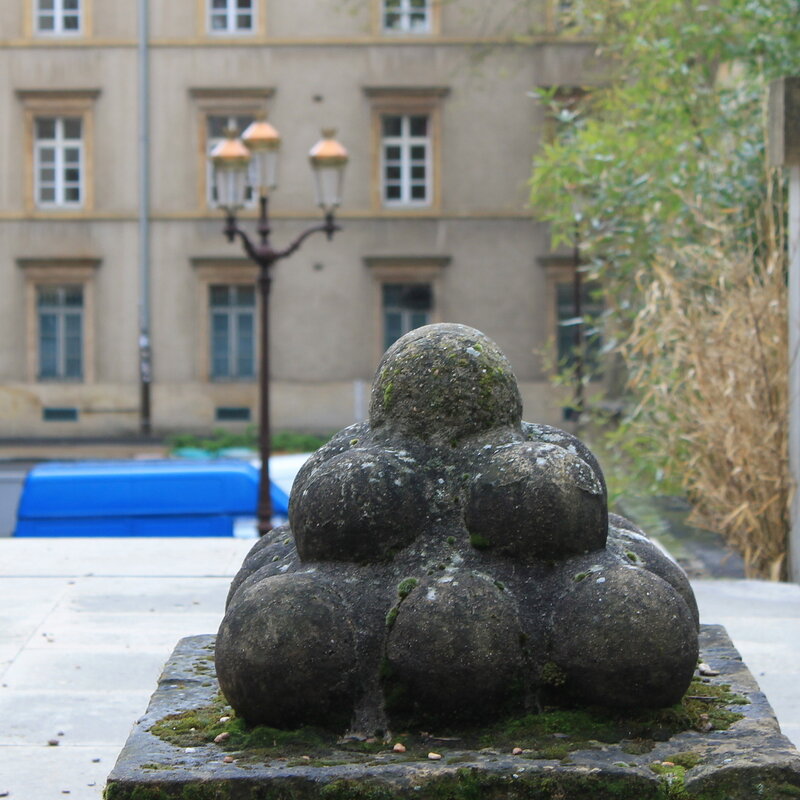 After that, the building was empty until 1961, when the command decided to transfer it to the city. The civil authorities also could not find any use for the huge building for a long time, finally, in 1978, it was decided to add it to the concert hall. The competition was won by the project of the Spanish architect Ricardo Bofill (Ricardo Bofill), which provides for the demolition of the wing facing the river. Work on the project began in 1985. The walls of the hall for 1,354 seats were inlaid with beech and sycamore panels, and 91 acoustic absorbers were mounted on the ceiling, 16 of which can be moved to optimize the sound quality. This design provided the room with unique acoustic properties - reverberation lasting 2.3 seconds in the frequency range from 125 Hertz to 4 kilohertz.

Square in front of the Arsenal. 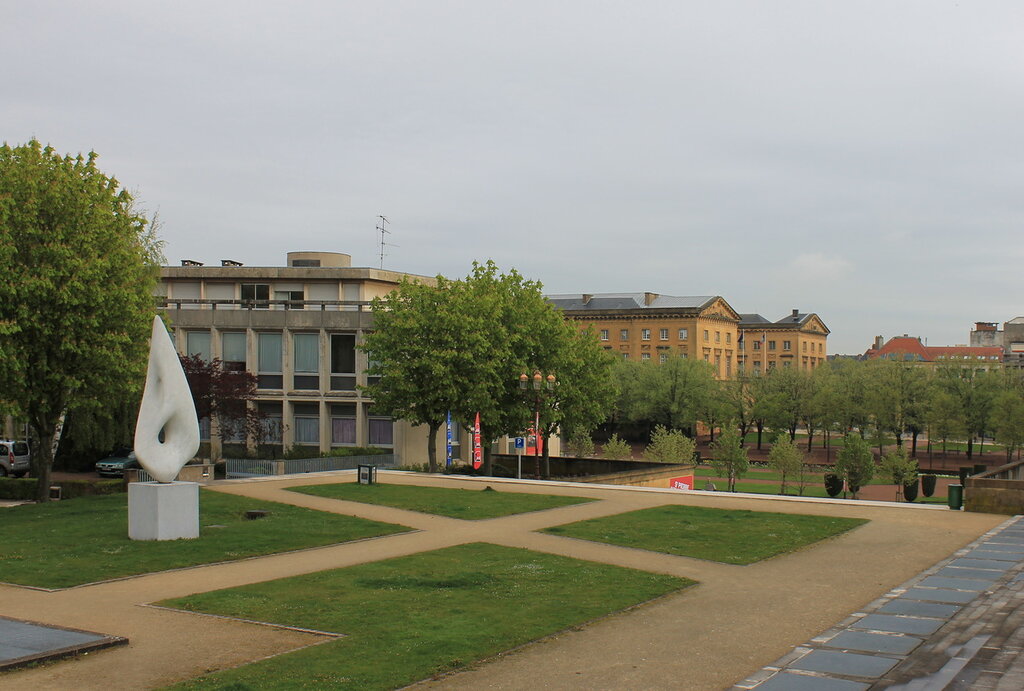 In 1989, the first concert of cellists was given in the hall, which brought together the best masters. Mstislav Rostropovich, who became the godfather of the new hall, said: "This room has a fantastic sound, perfect proportions and an atmosphere that I find exceptional. It is suitable for all types of music." Thanks to the use of computer technology, the hall is easily adapted for any purpose and is considered one of the best for sound recording. In addition to recording concerts, the soundtrack to the film "Farinelli"was created here. 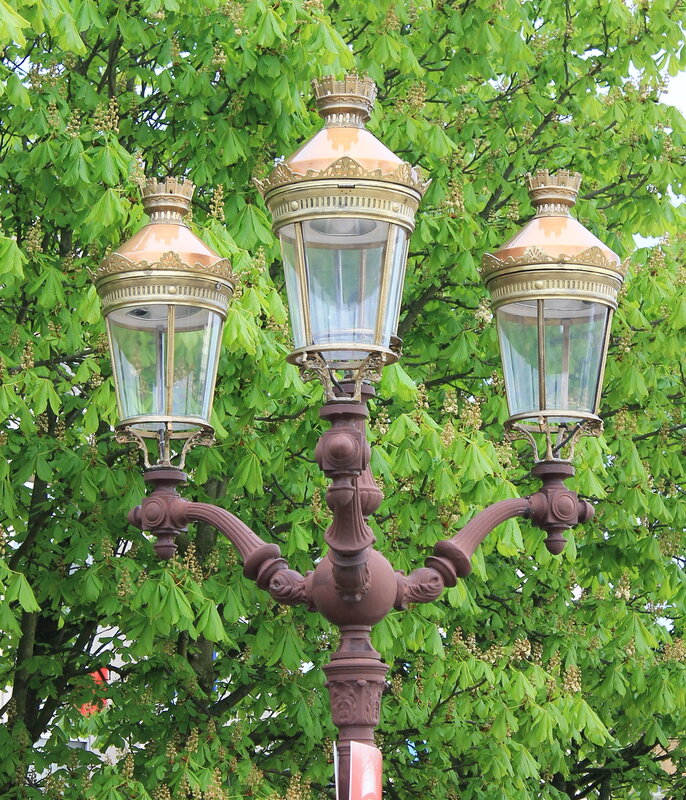 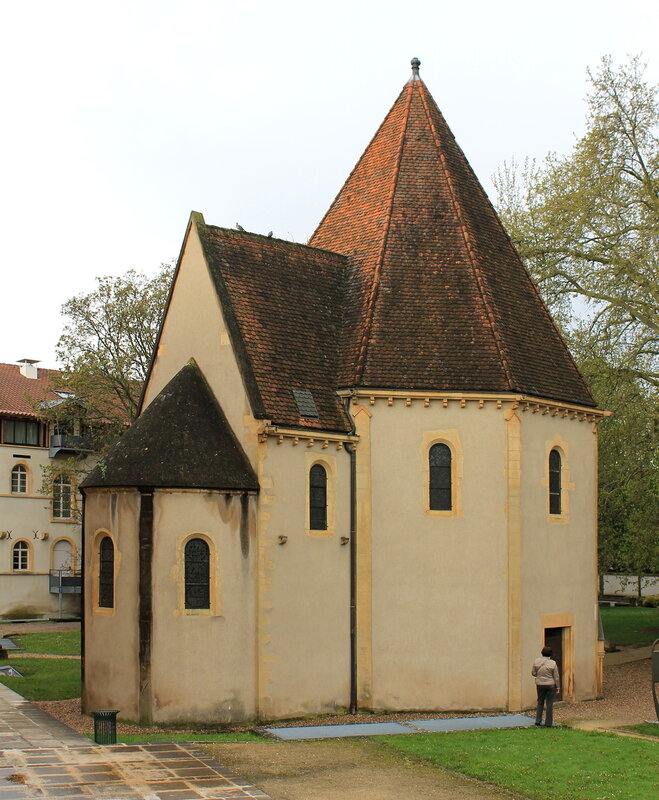 When the persecution of the Templars began, their property went to the Teutons, who tried to destroy any reminders of the glorious order. During the construction of the citadel in 1556, part of the building was demolished, and the remaining rooms were used to store gunpowder and lead. In 1840, the chapel was recognized as a historical monument, but in 1861, during the construction of the Arsenal, the chapel again almost fell under demolition, but was saved thanks to the efforts of prosper merimet, who was then the chief curator of monuments in France. The building was not only saved from destruction, but also renovated for the first time in several centuries. 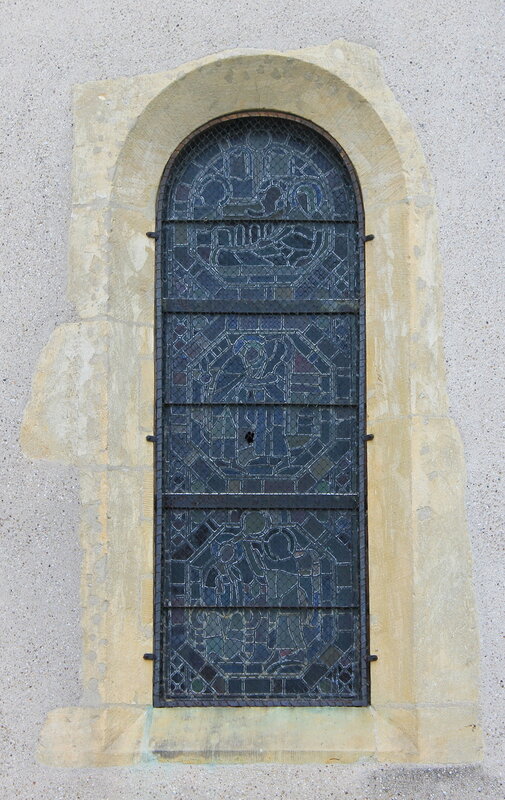 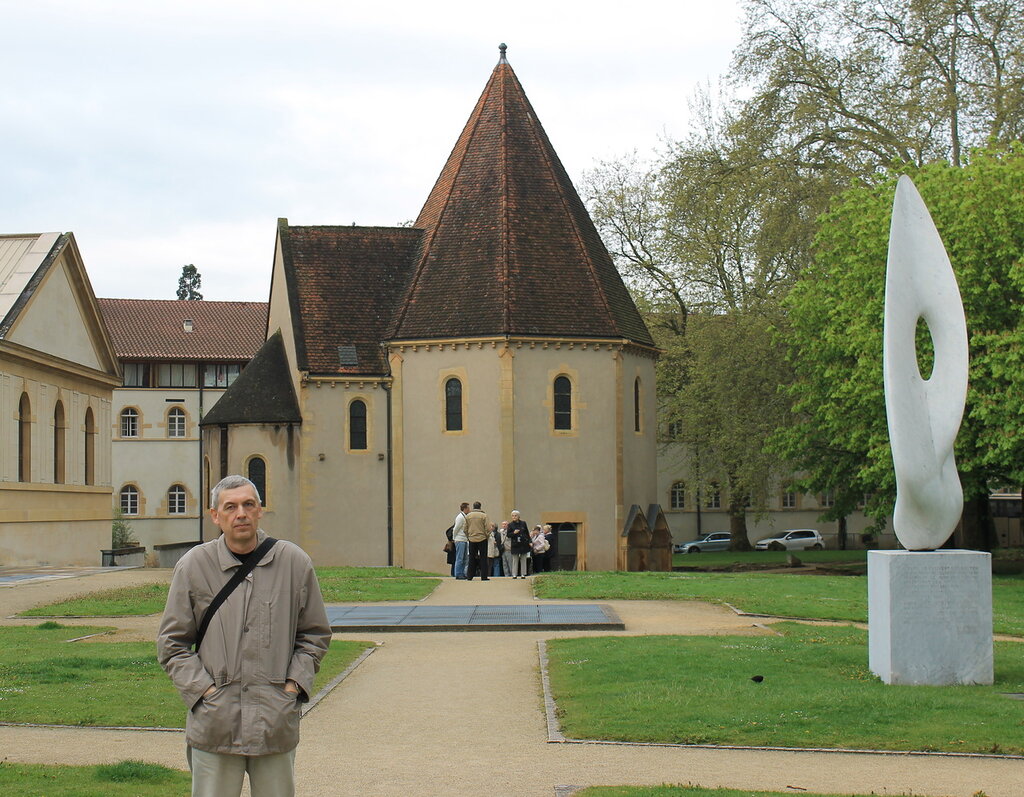