In 1812, a square named after the Emperor Napoleon was laid out in front of the Courthouse (now the Palace of Justice). After the demolition of the city fortress and the filling of its moats, the garden's territory was expanded to the modern borders and now amounts to 9200 square meters. 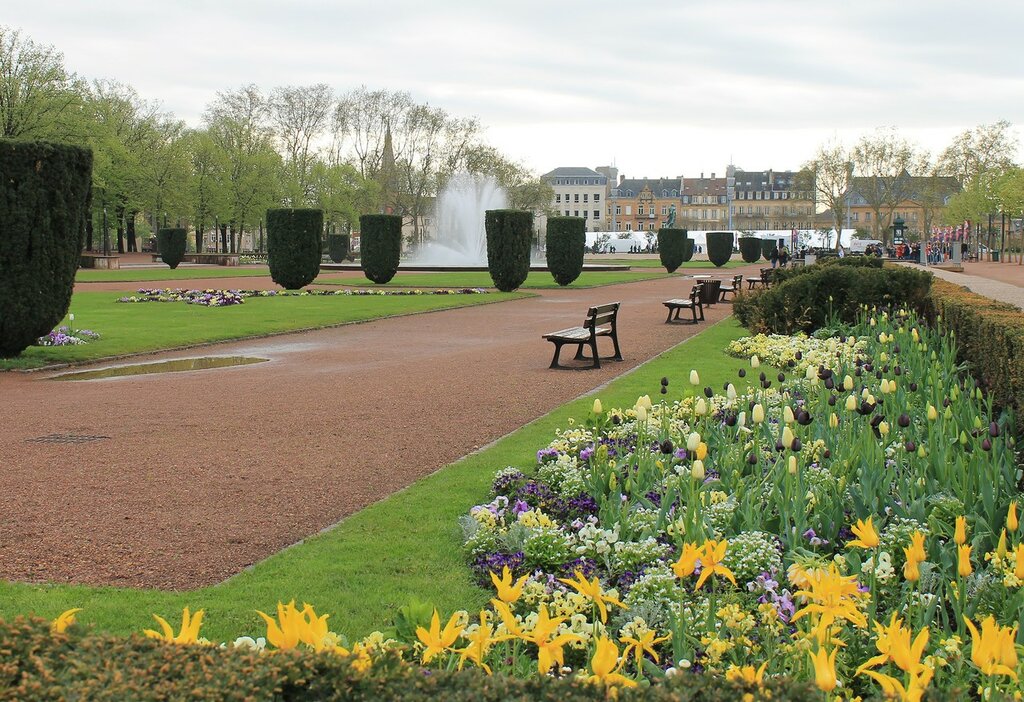 During the world exhibition of 1861, some of the pavilions were located on the territory of the garden. 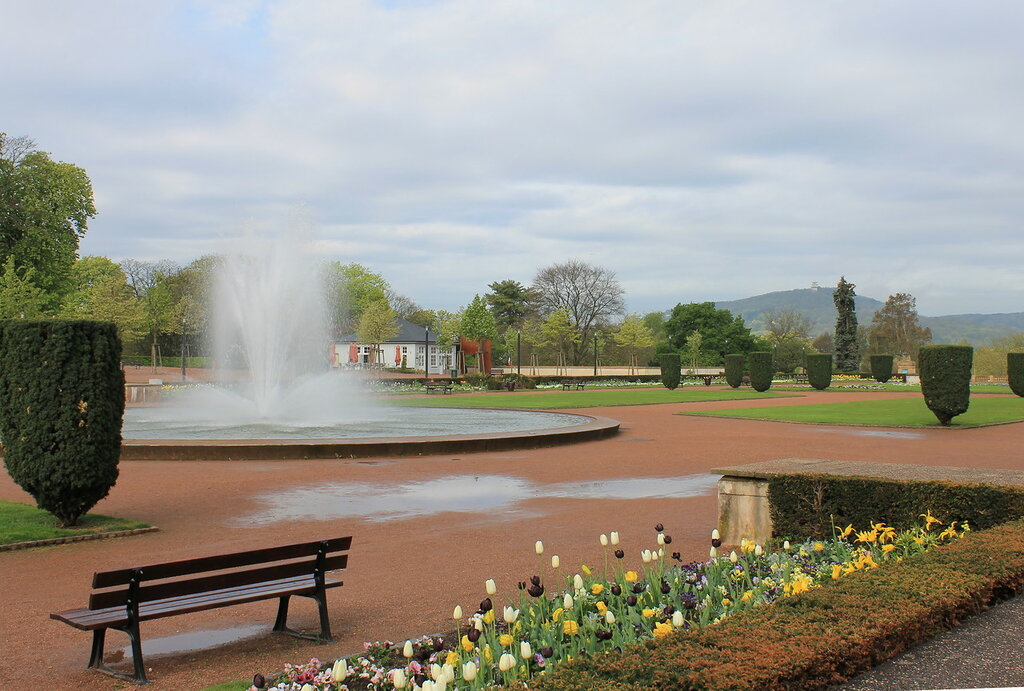 The monument to the French soldier-liberator recalls the events of 1918, when Lorraine was liberated from the German occupation, which lasted 47 years. 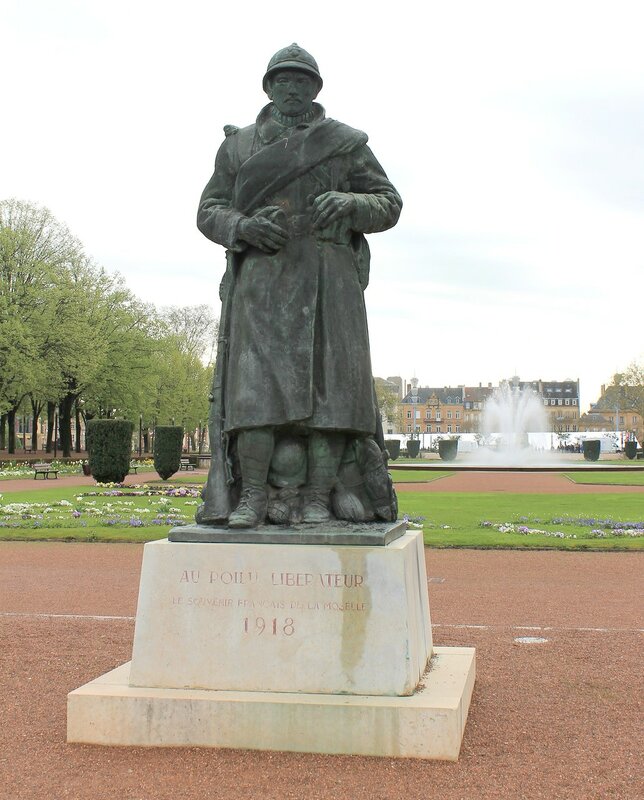 Sculpture "Bronze horse" (Le Cheval de bronze) it appeared on the Esplanade in 1858, by Christoph Fratin. For tourists I usually tell a story that I hanged myself (or threw myself into the moat), when he was told to look at the unnaturally slender legs of an Arab steed. On in fact, the artist passed away naturally in 1863. 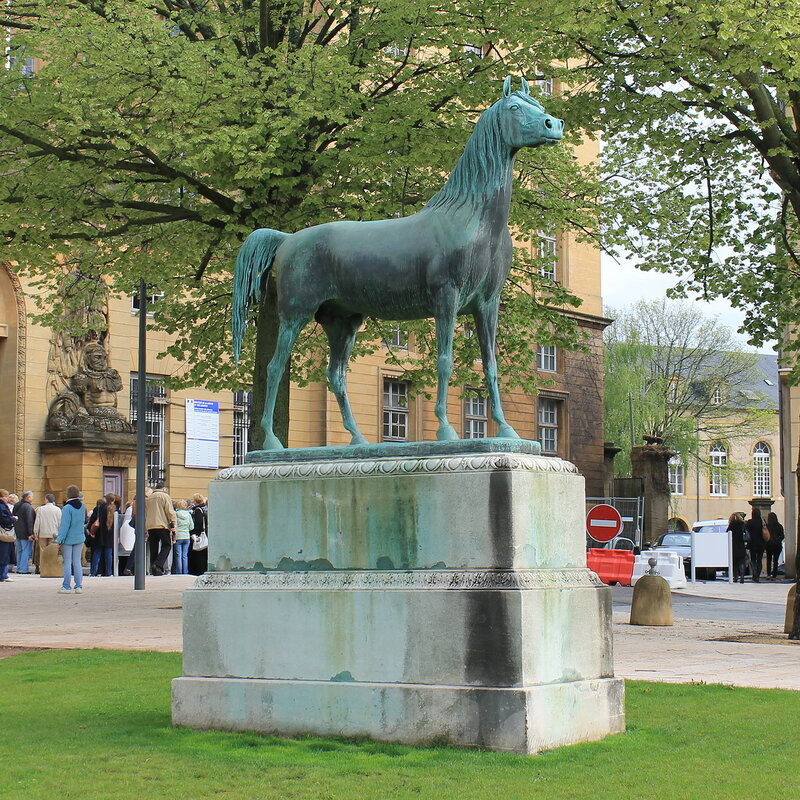 In the first half of the 19th century, Metz began to experience a shortage of water, and thanks to the efforts of mayor Felix Marechal, a water pipeline was built, supplying water from the purest sources of the town of Gorz, which is 15 kilometers from Metz. Steam engines were used for pumping. Shortly before the construction was completed, a wealthy citizen, Johnston (an Englishman by origin), bequeathed 10 thousand francs to the city, with a request to erect a fountain in his memory. The fountain was opened on August 14, 1847, and was decorated with a Naiad created by local sculptor Charles Petre. Although officially the fountain bears the name of the benefactor, but few people remember this - the residents of Metz call it La Naïade ou la Source - "naiade at the source". 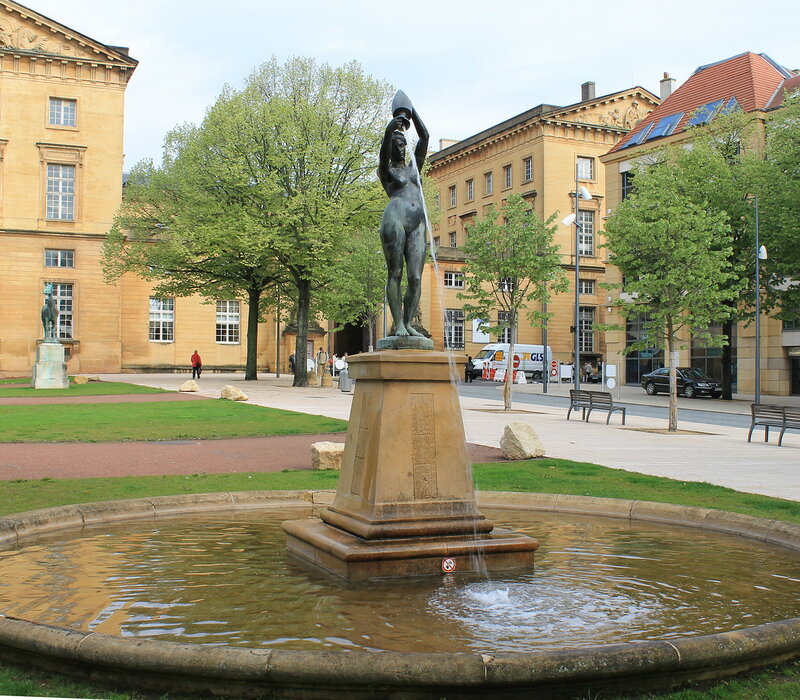 The Palais de justice de Metz, originally the seat of the Governor and diocese of the province of Metz. 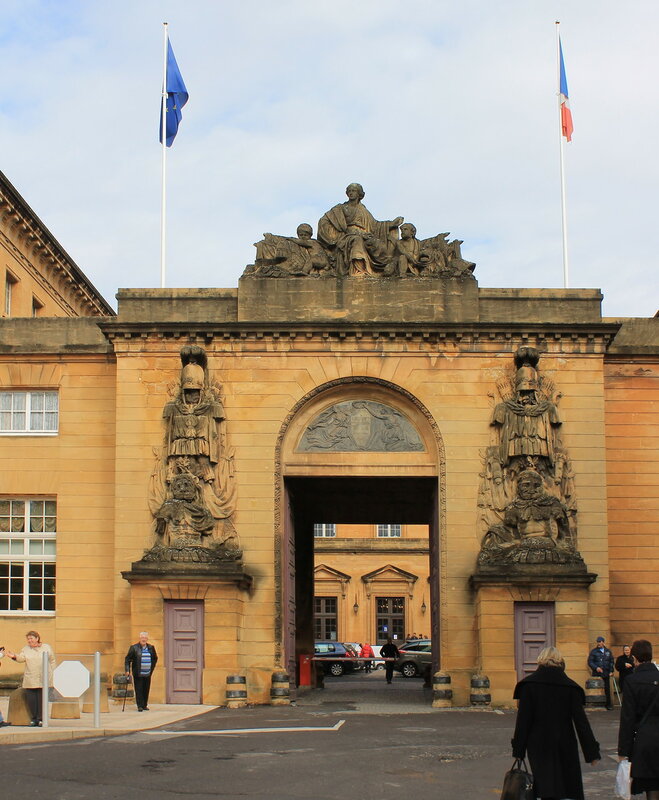 Construction on the project of the architect Charles - Louis Clérisseau (Charles-Louis Clérisseau) began in 1776, but the revolution of 1791 prevented the completion of the work. The events were accompanied by riots, as a result of which almost finished interiors were looted, and several sculptures were smashed. The unfinished Palace was occupied by the revolutionary administration and the court. The building was completed already in the era of Napoleon Bonaparte, and since 1812 the Palace has housed the provincial court. 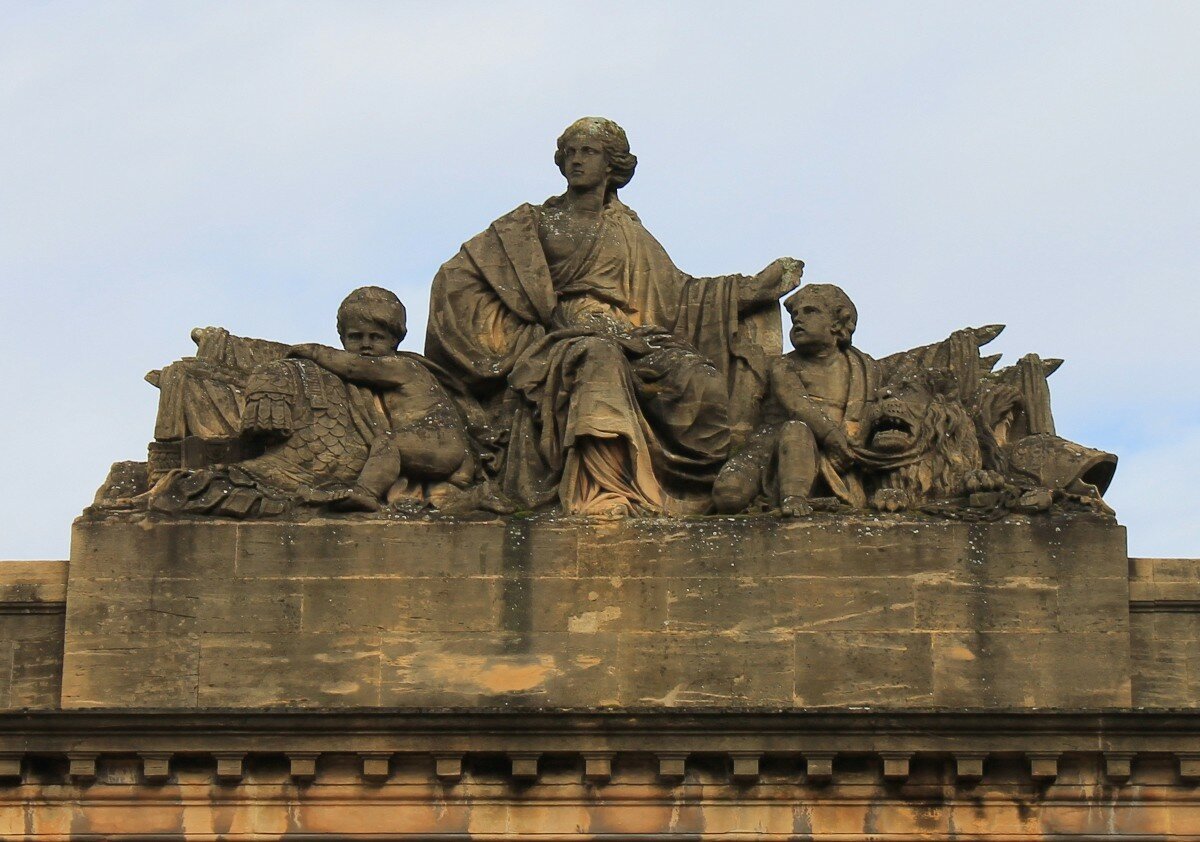 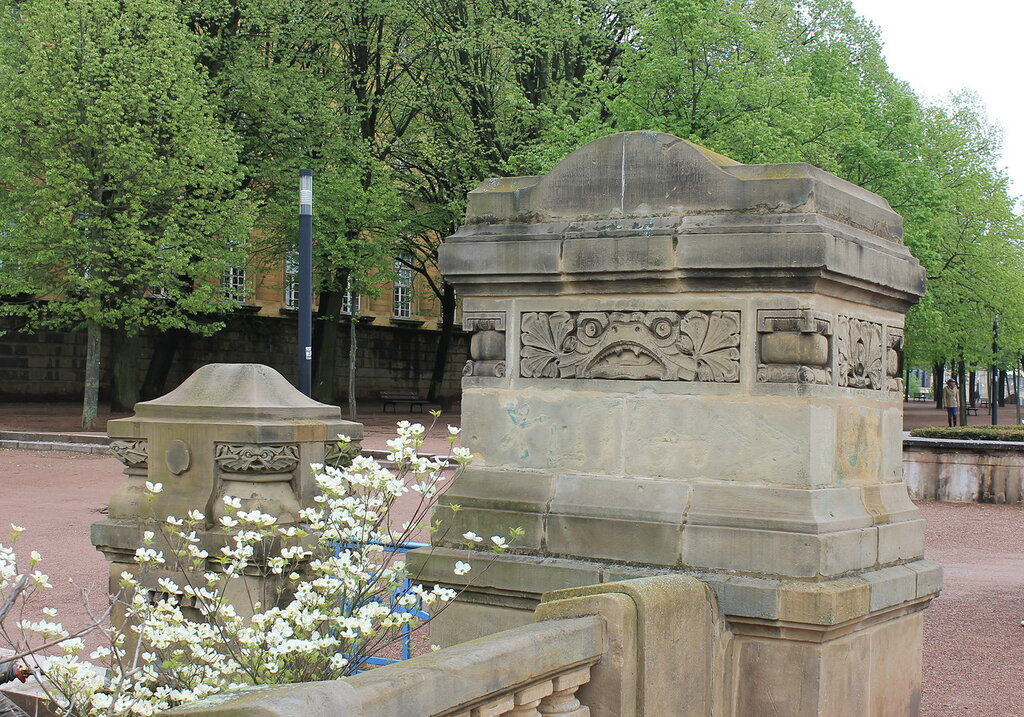 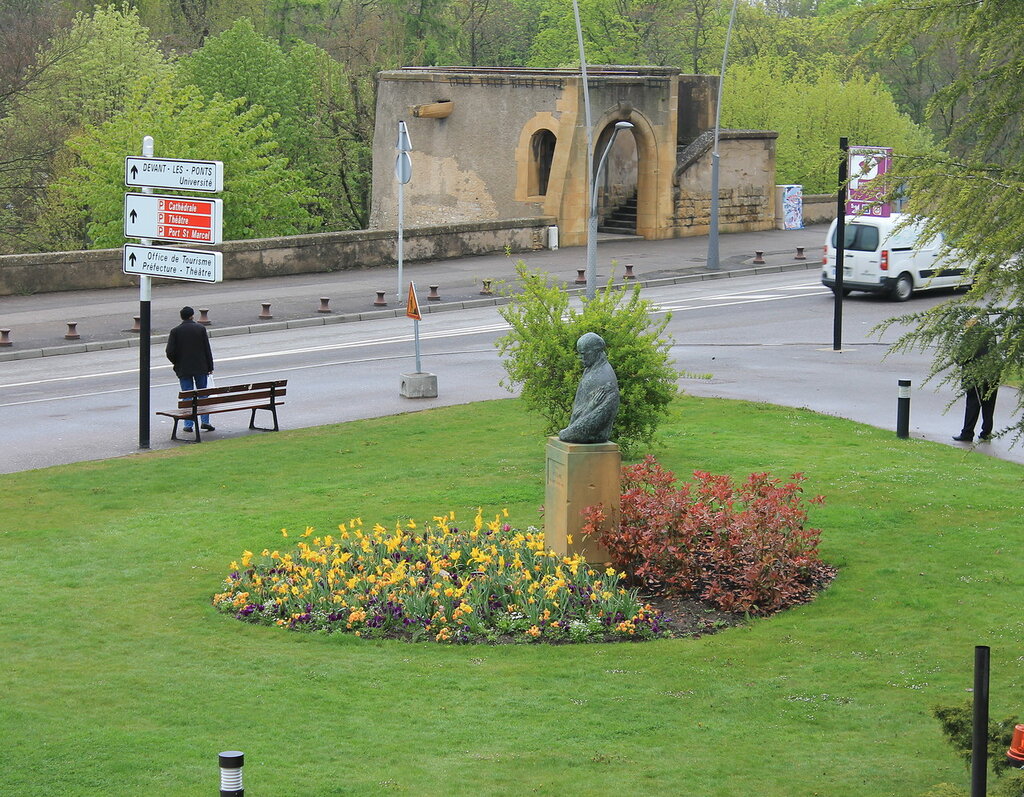 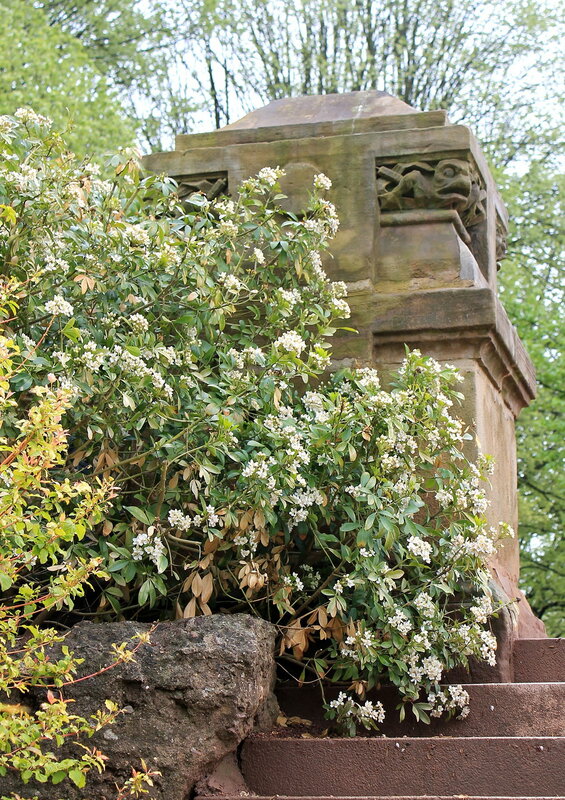 Bust of the poet Paul Marie Verlaine (1844-1896), a native of Metz, who stood at the origins of impressionism and symbolism in literature. 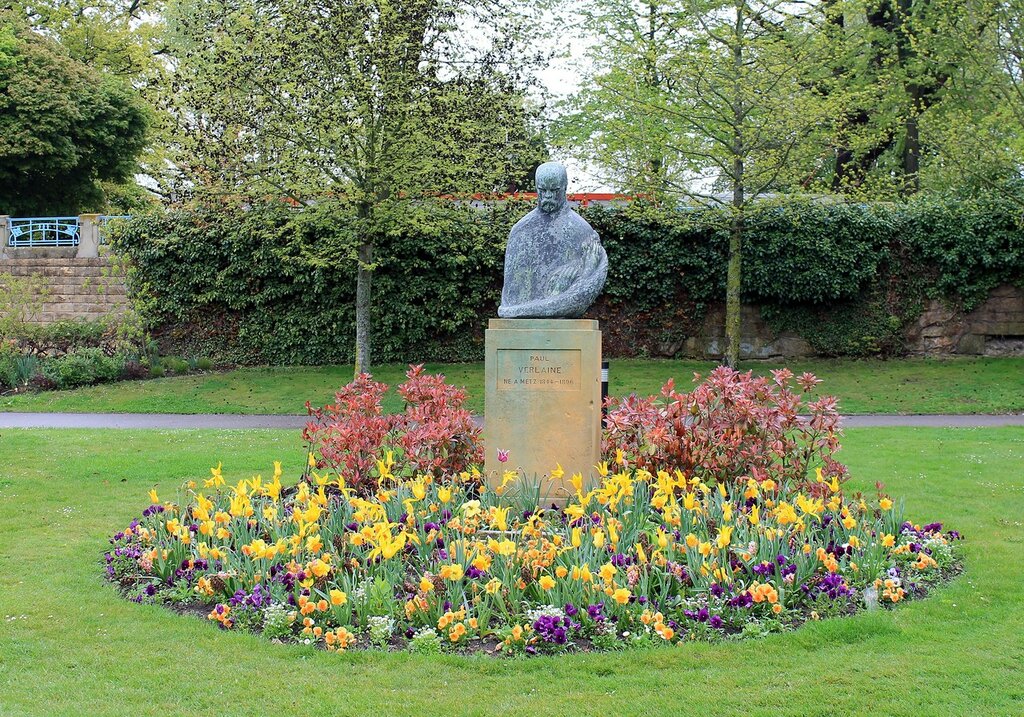 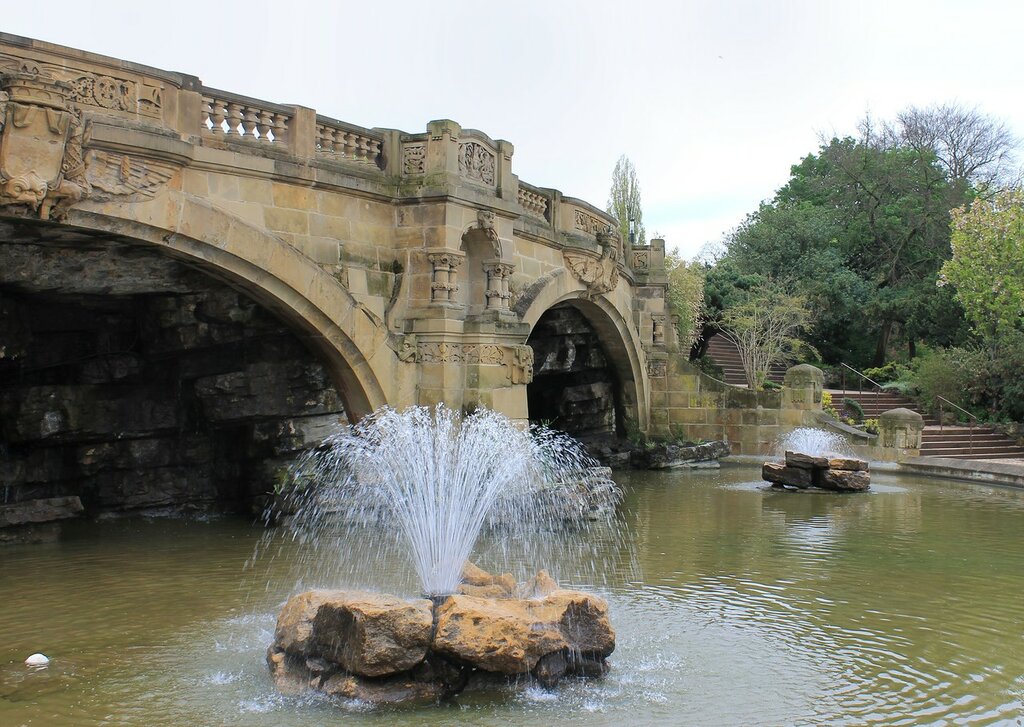 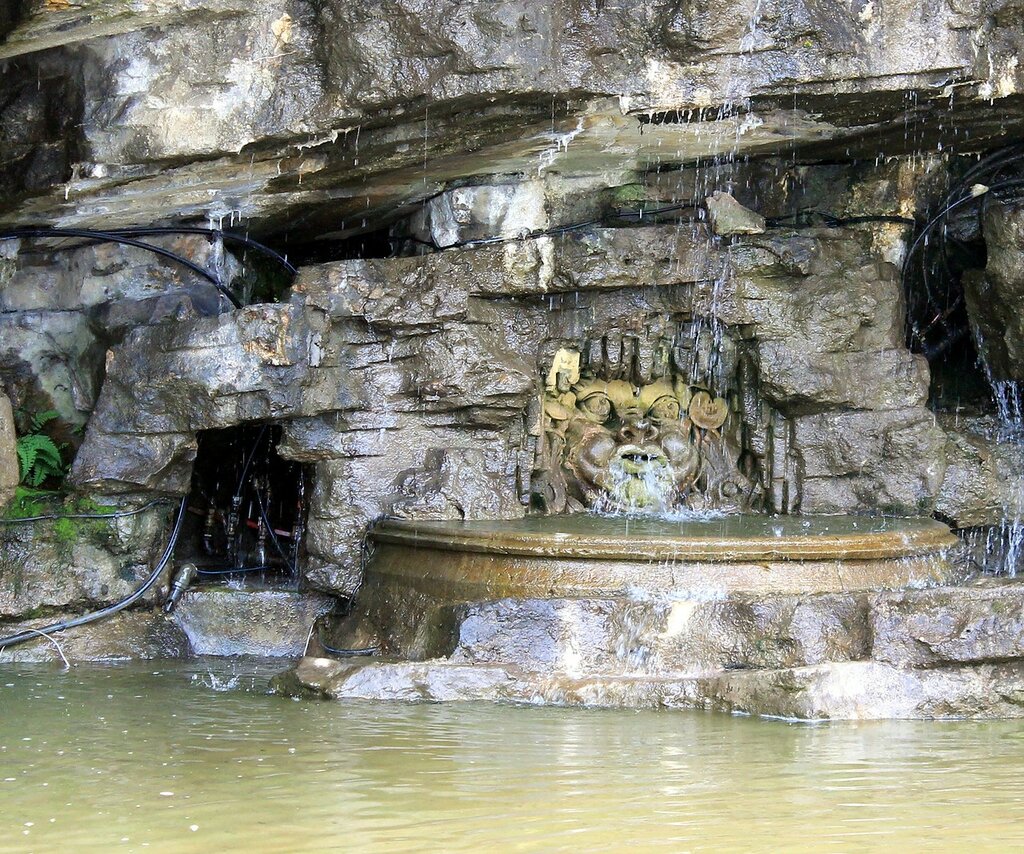 Embankment of the Moselle river. 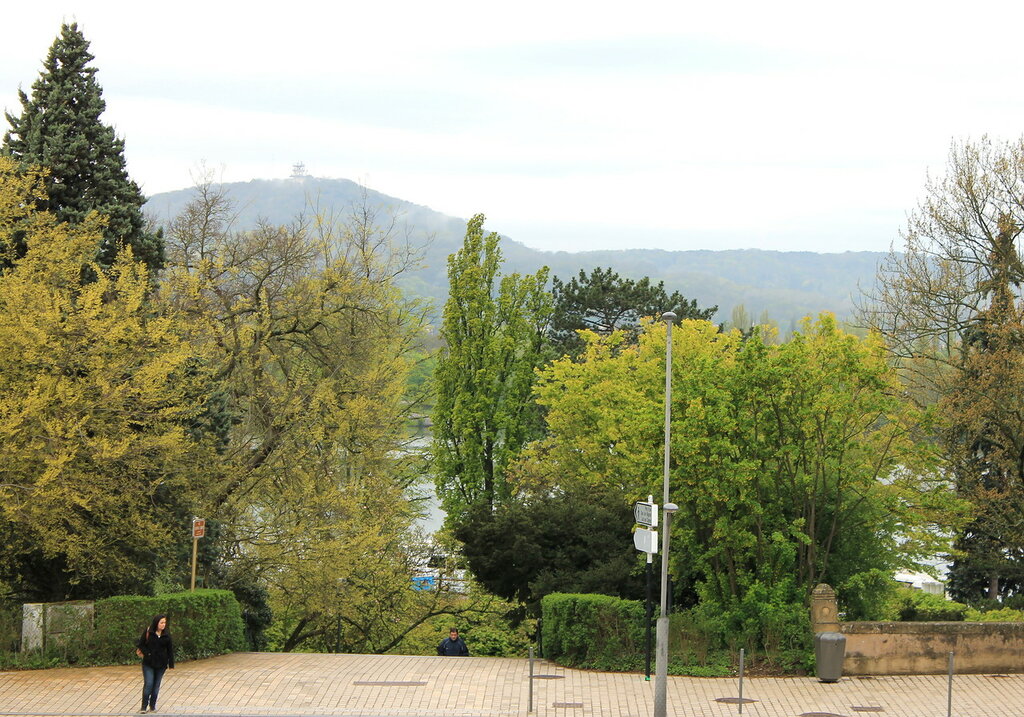 Over which a trio of geese flew. 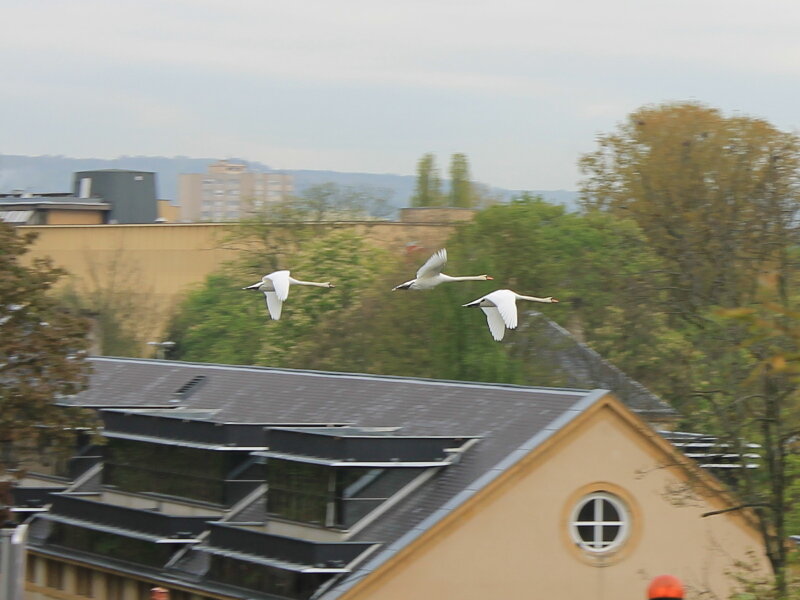 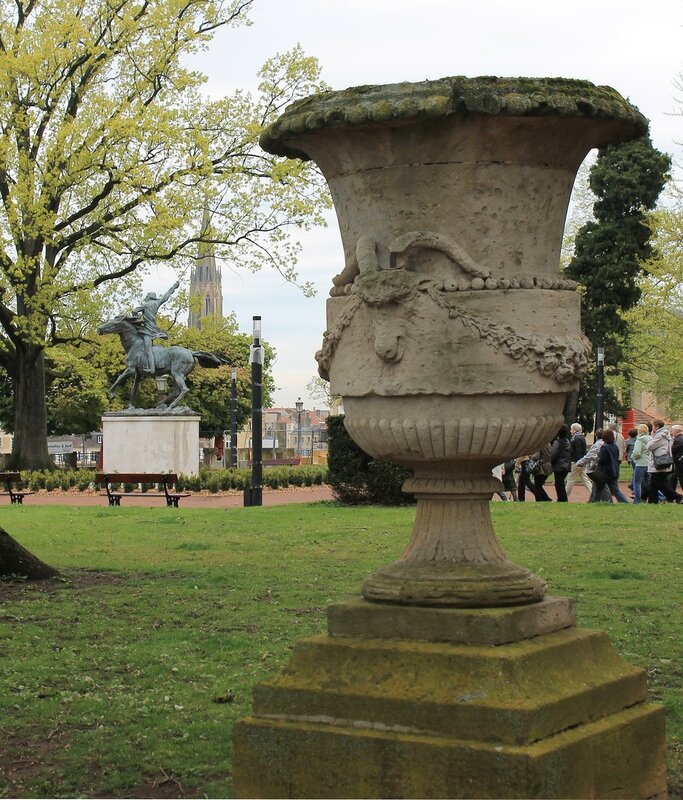 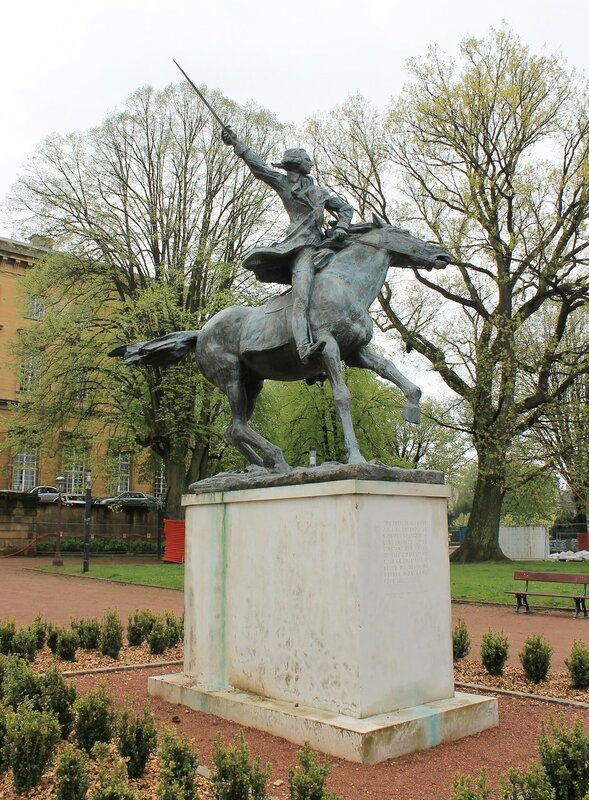