After walking from the station along Rue Gambetta one block, we will find ourselves on General Mangin square (Place General Mangin on map). During World war I, Charles Mangin commanded the 10th army, which distinguished itself in the battle of the Marne and drove the Kaiser's troops out of Lorraine. In the autumn of 1919, he was sent to Russia, where he headed the French military mission at Denikin's headquarters in Taganrog. 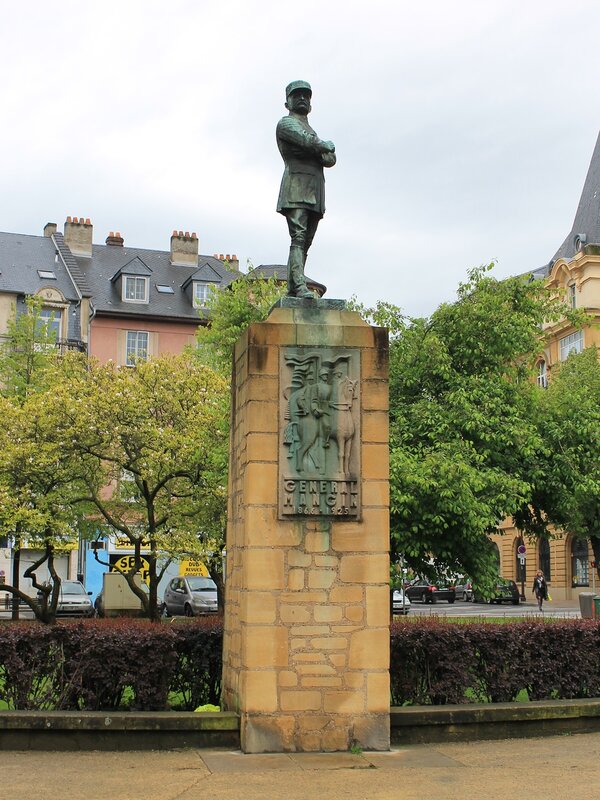 Typical Wilhelm II-era building on Rue Gambretta. The Roman numerals MCMIX on the front of this house indicate the date of construction-1909. As a symbol of consolidation in the new lands , the "Imperial district" appeared in the capital of Lorraine , built in a peculiar style. 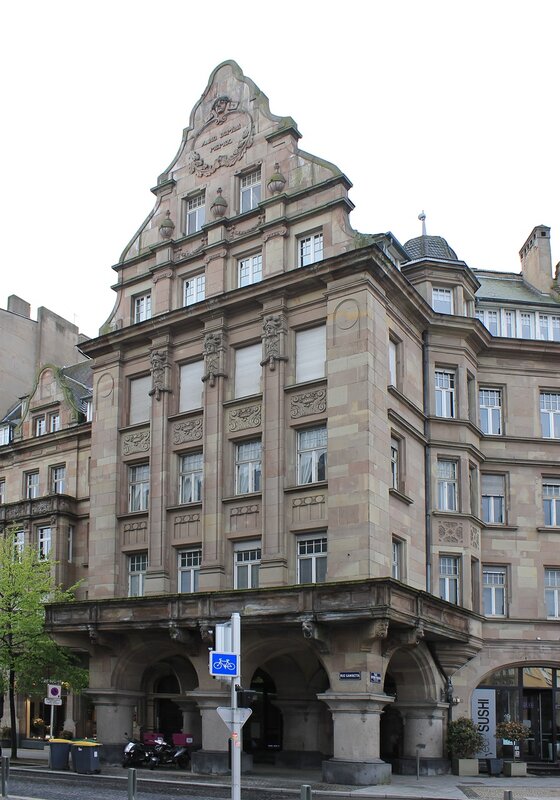 Raymond Mondon square (Place Raymond Mondon on map), named after a prominent figure in the French resistance. Mondon became the first Commissioner of the liberated Moselle Prefecture centered on the city of Metz. 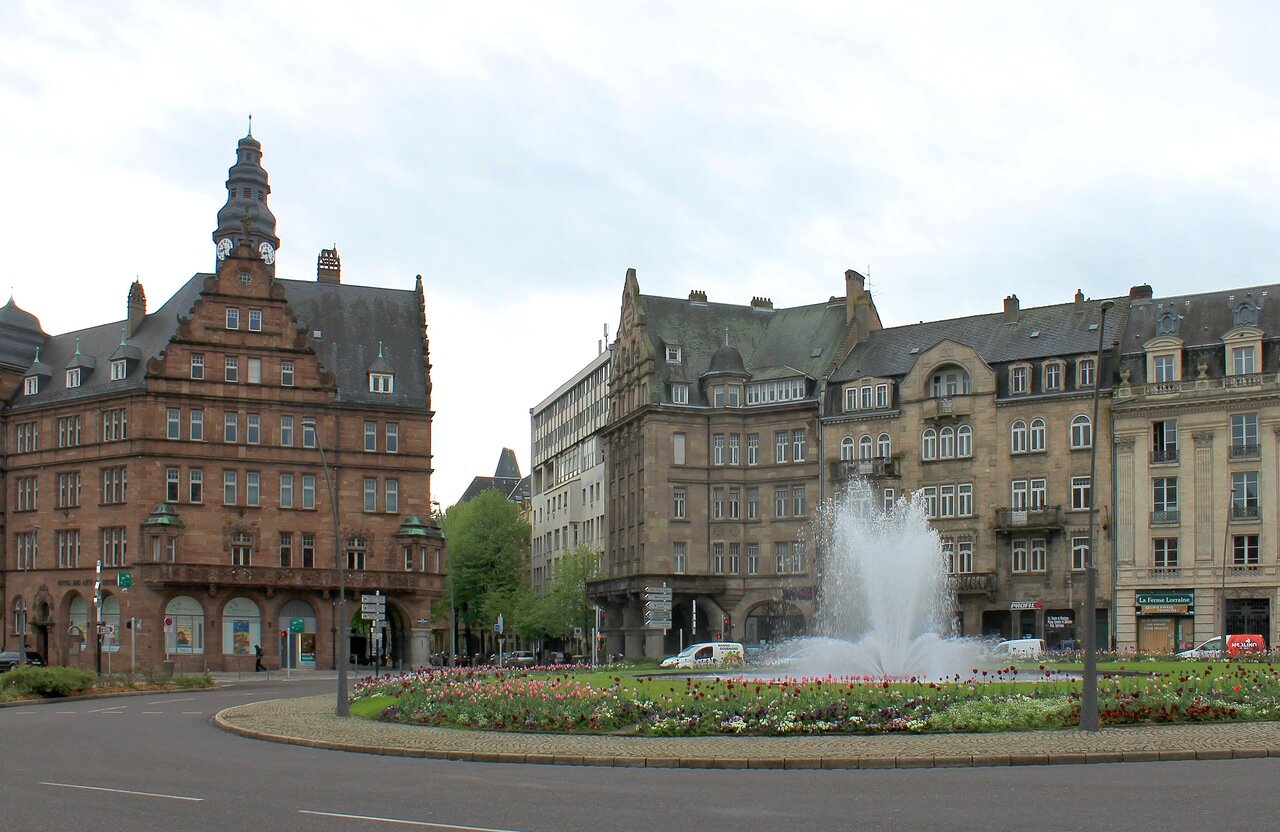 In the appearance of buildings, we see a combination of styles-heavy German Renaissance and neo-Romanesque architecture with elements of Art Nouveau, more popular in Central and Southern Europe. 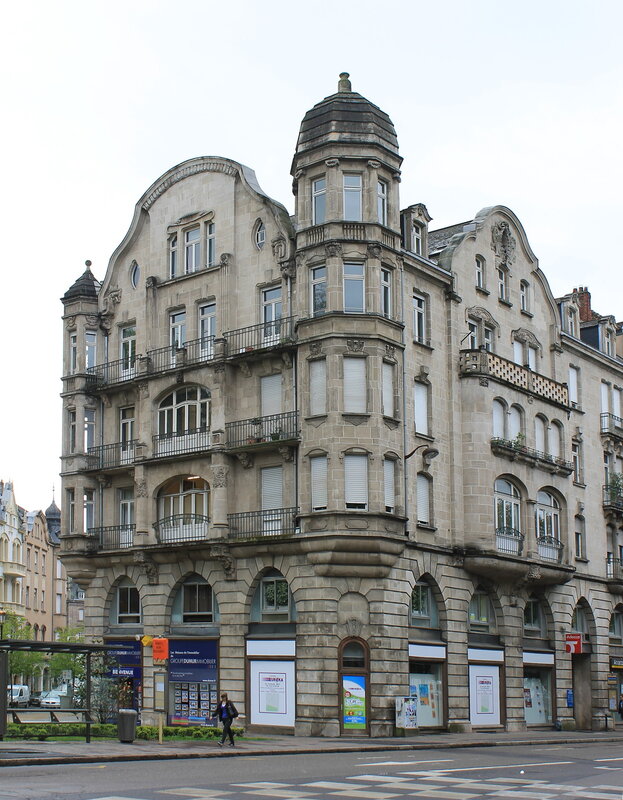 From the square to the East leads a wide Boulevard Foch (Avenue Foch). 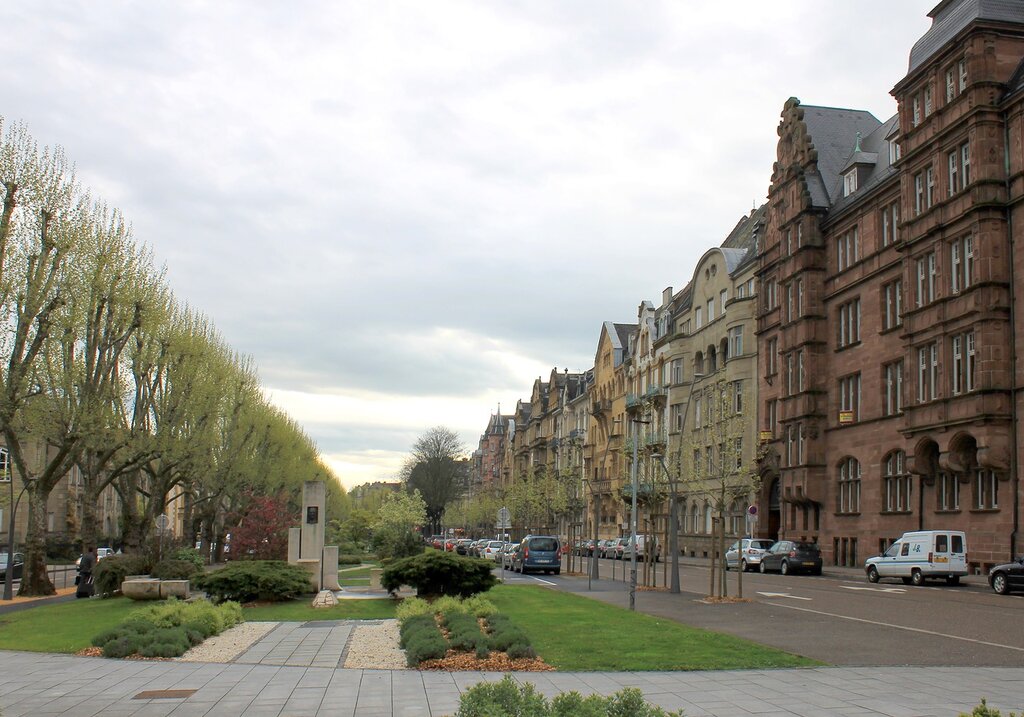 From the North-East, the square is adjacent to the square, which was named after The Camoufle tower located here (Tour Camoufle on map). This is one of the few remaining fragments of the medieval city wall. In the 14th and 15th centuries, the Holy Roman Empire was a patchwork of various administrative units - semi-independent electorates and Duchies, principalities and counties, free cities, small abbeys and small possessions of Imperial knights, constantly at war with each other. Lorraine became the scene of active fighting, which prompted the inhabitants to build a line of fortifications around Metz from ditches, fortress walls and towers. Construction of this tower began in 1473 on the site of an ancient Gallo-Roman fortification. In French, the name of the tower can be translated as "hidden", "secret". In 1903, during the construction of the Avenue Foch, the walls adjacent to the tower were demolished and the moat was filled in. The tower was included in the list of historical monuments in 1929. 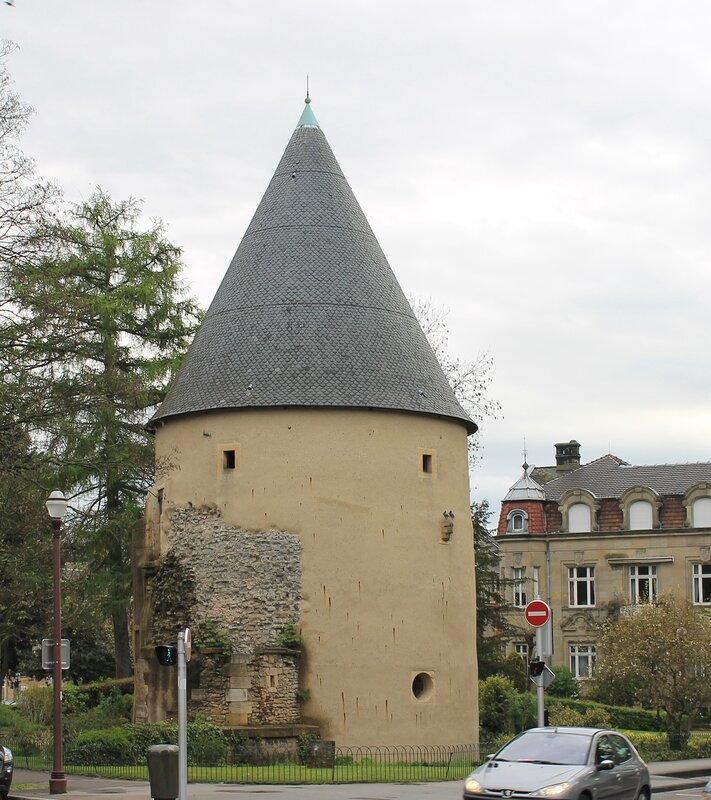 Then our way lies to the Snake gate, located fifty meters to the north-west.