Fifty meters Northwest of the place de Raymond Mondon is the archPort of Sepinoise (Porte Serpenoise, Serpent gate, on the map). Near this place was the gate of the city wall, which opened on the Roman road leading to the South, in the city of Scarpone (now Dieloir). The portal was built in 1466, as part of a seven-kilometer line of fortifications surrounding the city, and was an arch with a drawbridge spanning a water-filled moat. 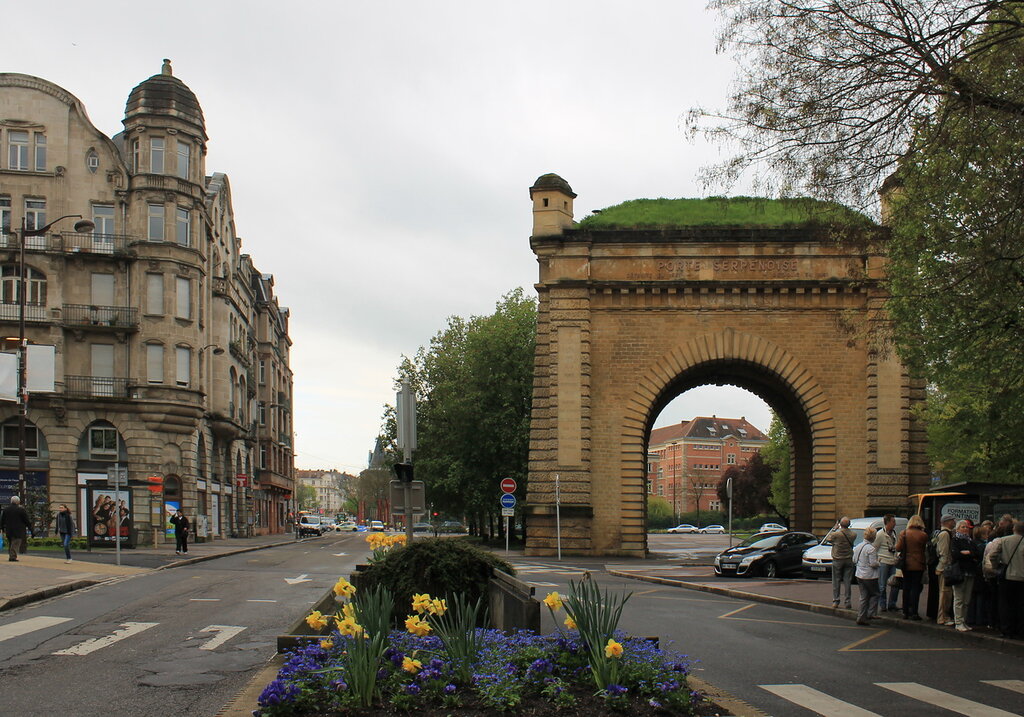 During the siege of Metz in 1552, the gate was severely damaged by French artillery, and the city was again part of France. The new authorities began building the fortress, as a result of which in 1561 the ruins of the old vortot were demolished. 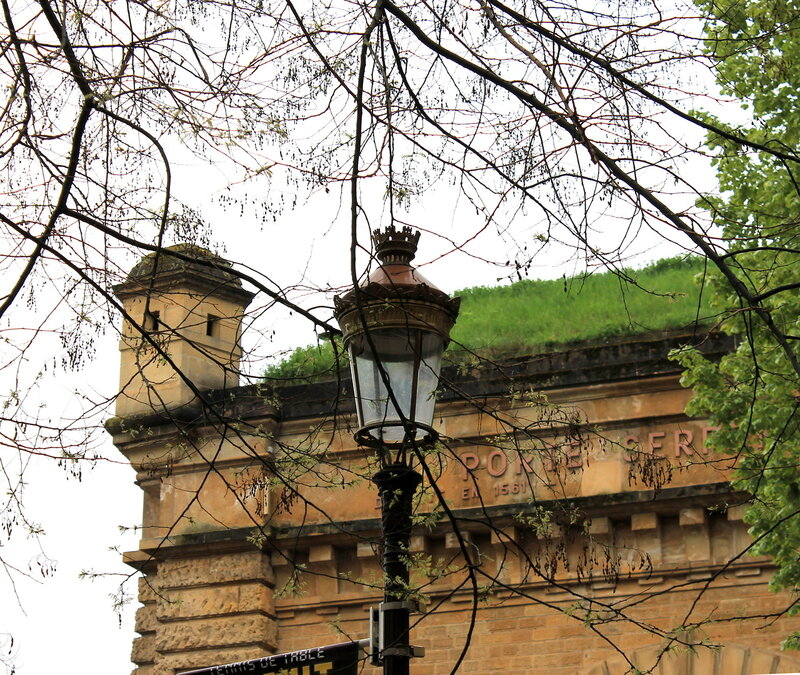 In 1852, an arch was built leading to the city from the railway station, which inherited the name of the old gate. The arch served as a triumphal arch twice - in 1870, the troops of Bismarck, who annexed Lorraine, entered the city through it, and in 1918, the troops of General Manguin went the same way, returning Metz to France. 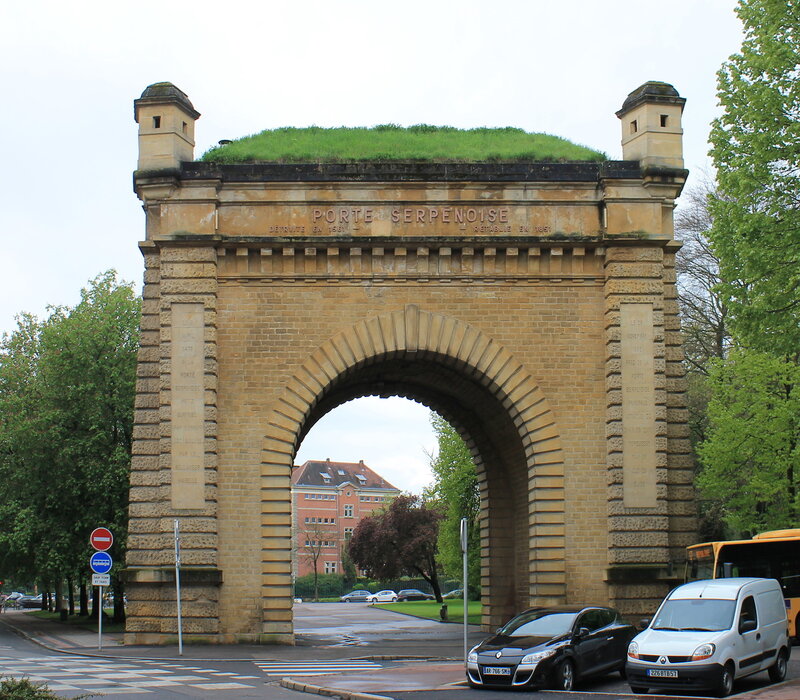 Next to the gate, I noticed an advertising stand, thinking from a distance that it was an original election poster (just before the French Presidential election). it turned out that it was just an advertisement for pizza. I must say that I did not notice any pre-election excitement in France at all, whereas in our country even the elections to the village Council are accompanied by a total pasting of all the fences and posts with canvassers. 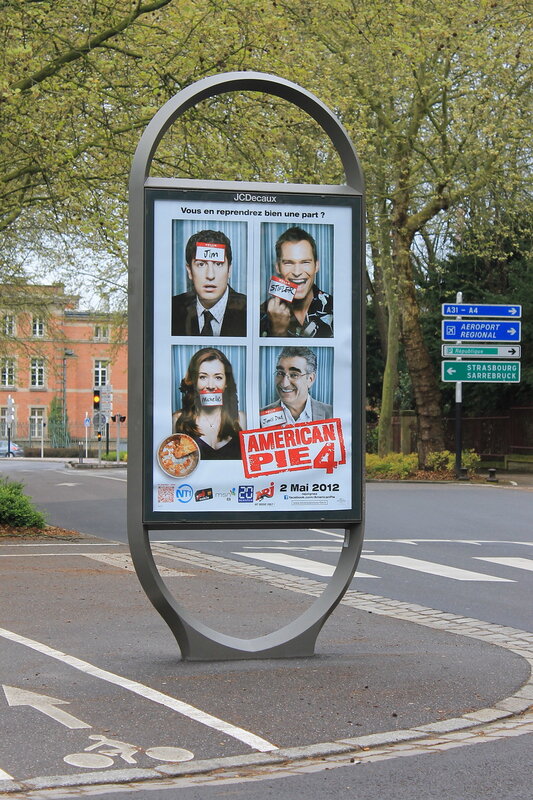