Going down from Asenal towards the river, you can see the Church of Saint Peter (Église Saint-Pierre-aux-Nonnains) - the oldest architectural structure in Lorraine. 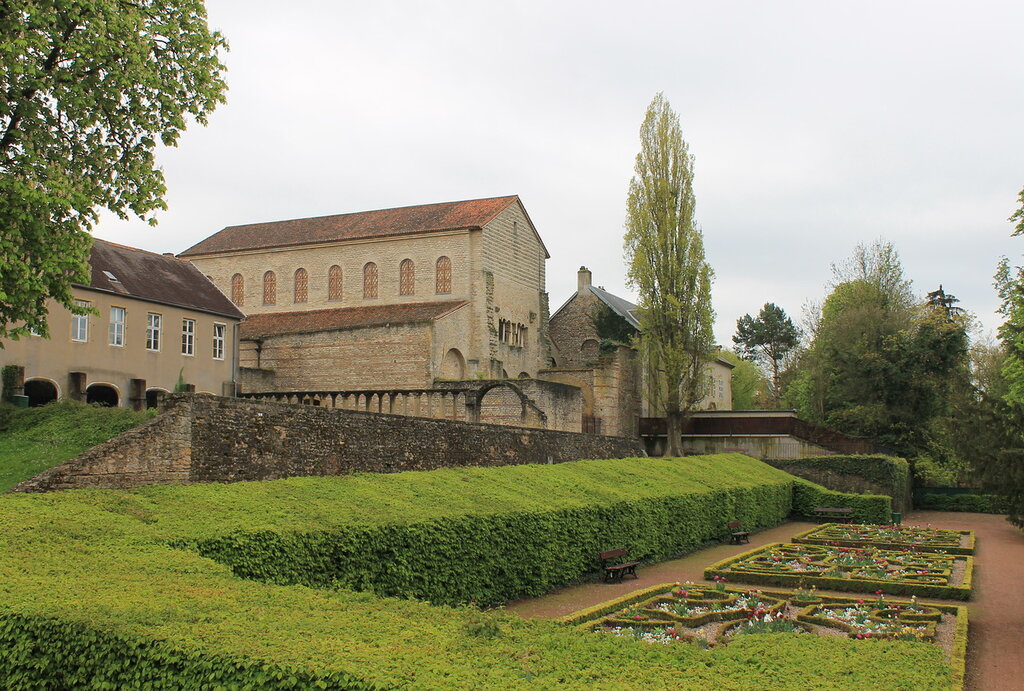 The building in late Romanesque style was built by the Gallo-Romans between 370 and 400 ad as an institution that today can be defined as a Spa club. The building included a gymnasium and thermal baths. Such private gymnastics schools were called "palestra". 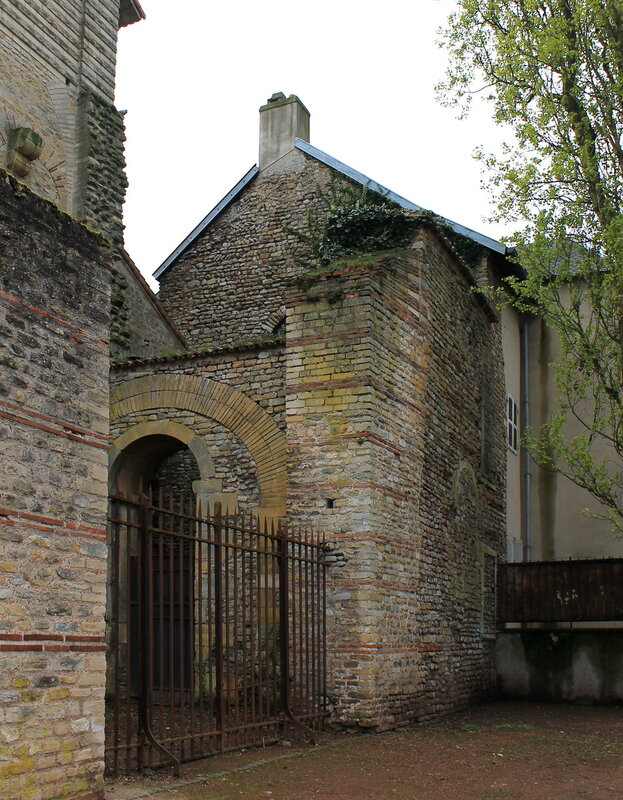 The masonry is made of thin, "Roman brick", and the external facing is made of natural stone. 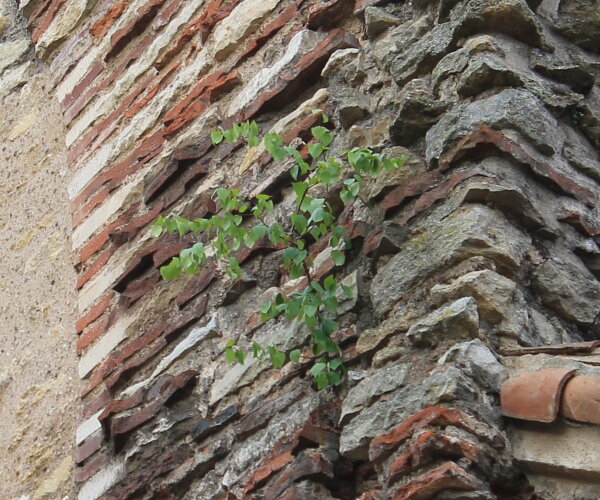 The building was surrounded by a colonnaded arena for training in combat and horseback riding. 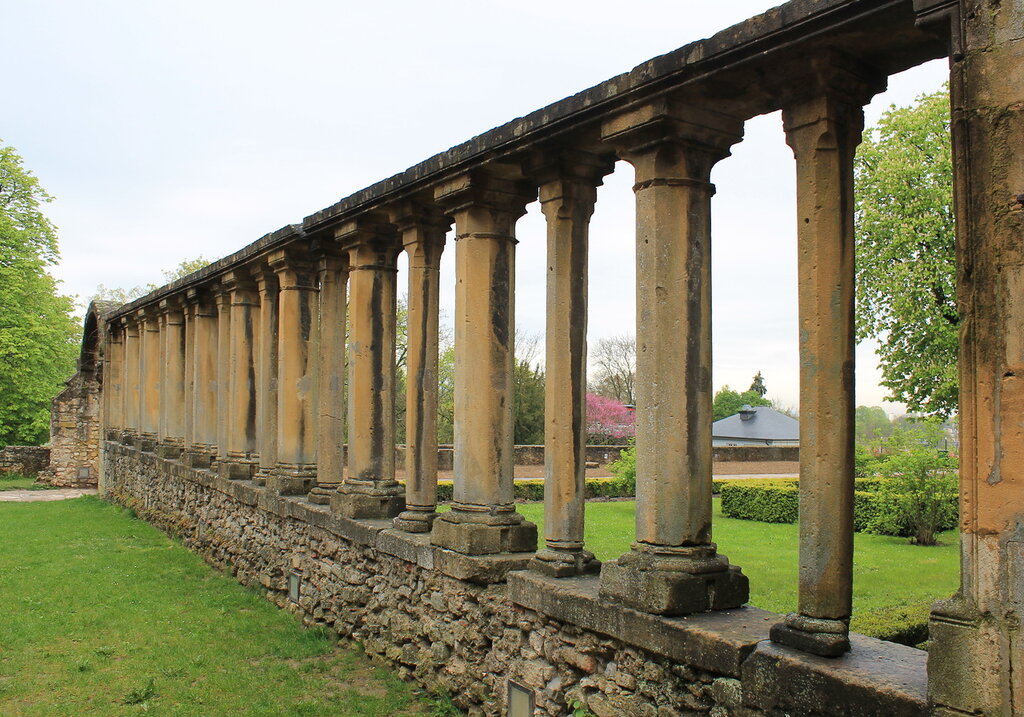 The establishment did not last long, in the 451st century Metz was taken by Atilla, the palaestra was looted and burned. In the seventh century, the former "sports complex" was occupied by the Benedictine convent, and the building was converted into a Christian Church. 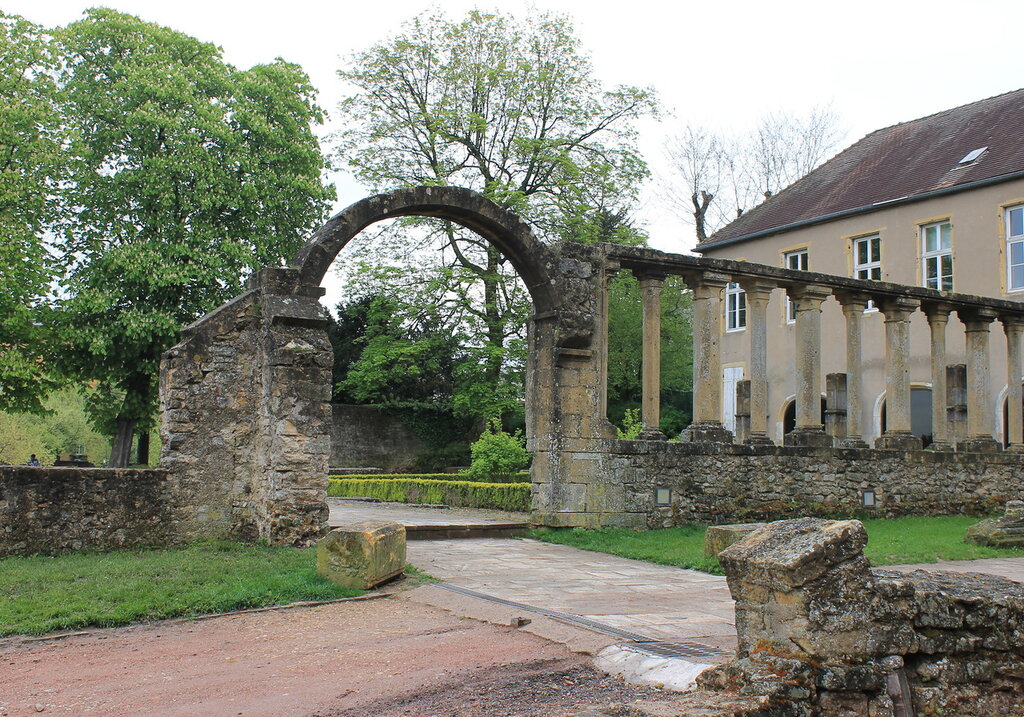 In the early period of the Holy Roman Empire, in the 10-11 century, the nave was erected,and in the 15th century the building receives Gothic arches. In 1552, Metz was besieged by the troops of Charles V, as a result of which the city, as well as the whole of Lorraine, became part of France.During the fighting, the building was severely damaged, and it was no longer used as a temple. In 1556, the construction of the fortress began, and the building served as a warehouse of army equipment until the 70s of the 20th century. 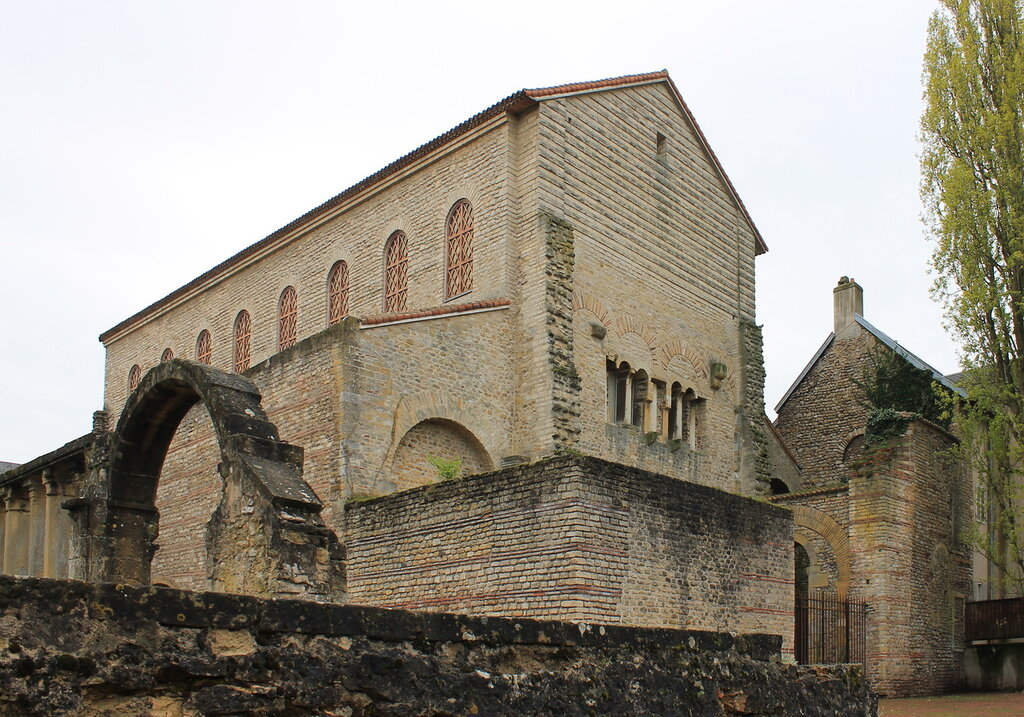 In the 70s of the last century, the building fell into disrepair, and the question of demolishing the building arose. Archaeologists and scientists have defended the ancient temple, arguing that it is the only surviving architectural structure in the "ottonian style", typical of the era of Otto I, the founder of the Holy Roman Empire. The building has been restored and is currently used as a hall for exhibitions and concerts. 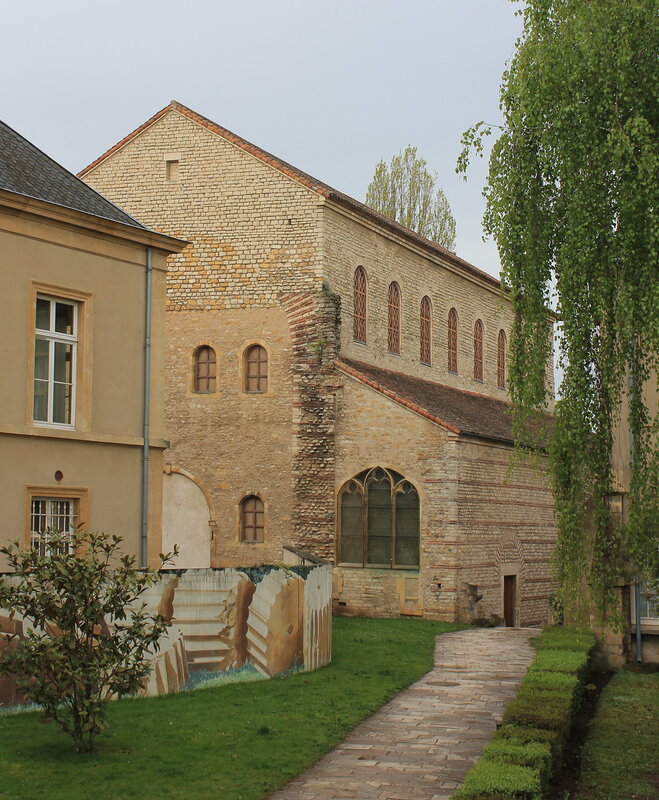 Below the Church there is a beautiful flower garden. 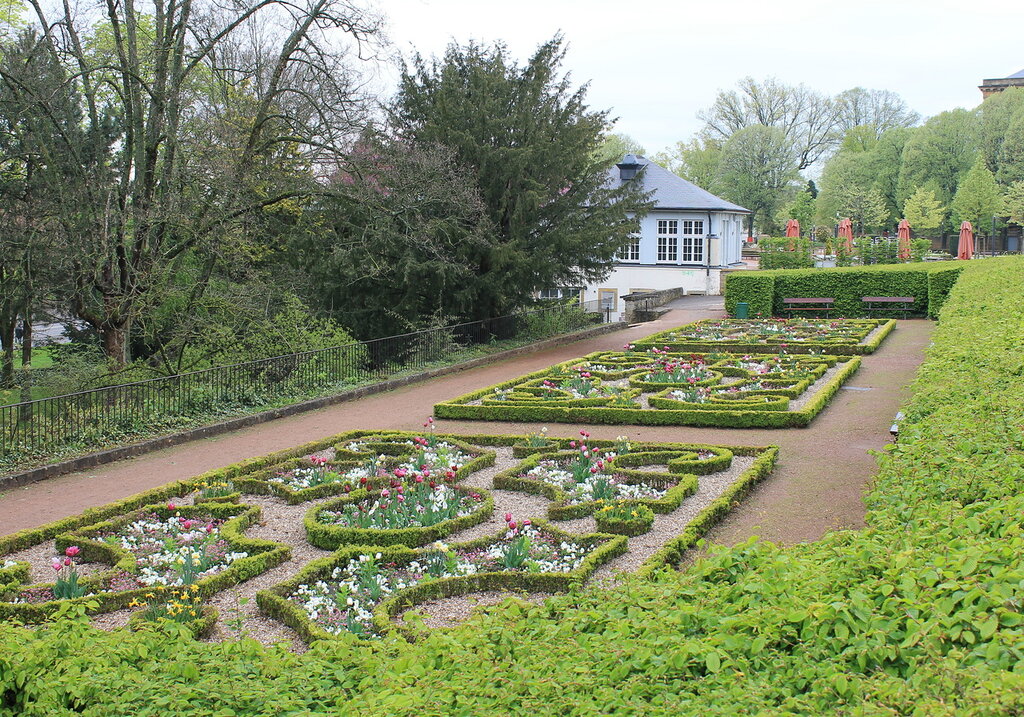