The Rogan Palace is one of the main architectural gems of Strasbourg, a masterpiece of the French Baroque. Built in the thirties of the eighteenth century as the residence of cardinal Armand-Gaston-Maximilien de Rohan-Soubise. The project was commissioned by the architect Robert de Cotte and presented in 1727, the construction was carried out from 1732 to 1742 under the supervision of municipal urban planner Joseph Massol. The building is constructed of yellow Sandstone, some walls and elements of courtyards are made of pink. The facades and interior spaces are decorated with sculptures by Robert de Lorrain and Johann August NAHL, the murals were executed by Pierre Ignacio Parrosel and Robert de Seri. The initial estimate of construction provided for the cost of 344 thousand French livors, but by the end of the cost was about a million. 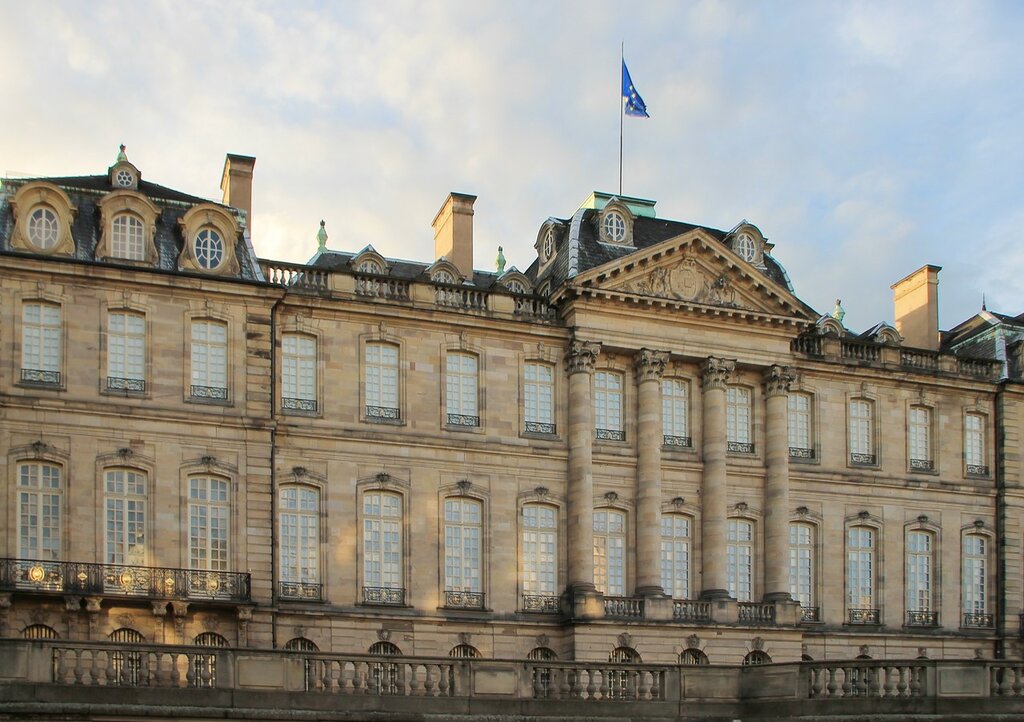 After the French revolution of 1789, the building was confiscated into state ownership and put up for auction. In 1791 the Palace was acquired by the authorities of Strasbourg, and for more than a hundred years the city hall was located here. For a couple of years, the "servants of the people" sold almost all exclusive furniture and art objects (apparently, this is typical of all revolutionary authorities), many unique murals were destroyed as a result of repairs and rebuilds. As a result of the Franco-Prussian war of 1870, Alsace was annexed by Germany, and since 1872, the Palace has been used as a Museum. the administrative building of the Kaiser Wilhelm University, where the University library was also located. In 1895, the Rogan Palace returned to the city property, the Palace premises housed the expositions of three museums at once - the archaeological (in the basement), applied and fine arts. 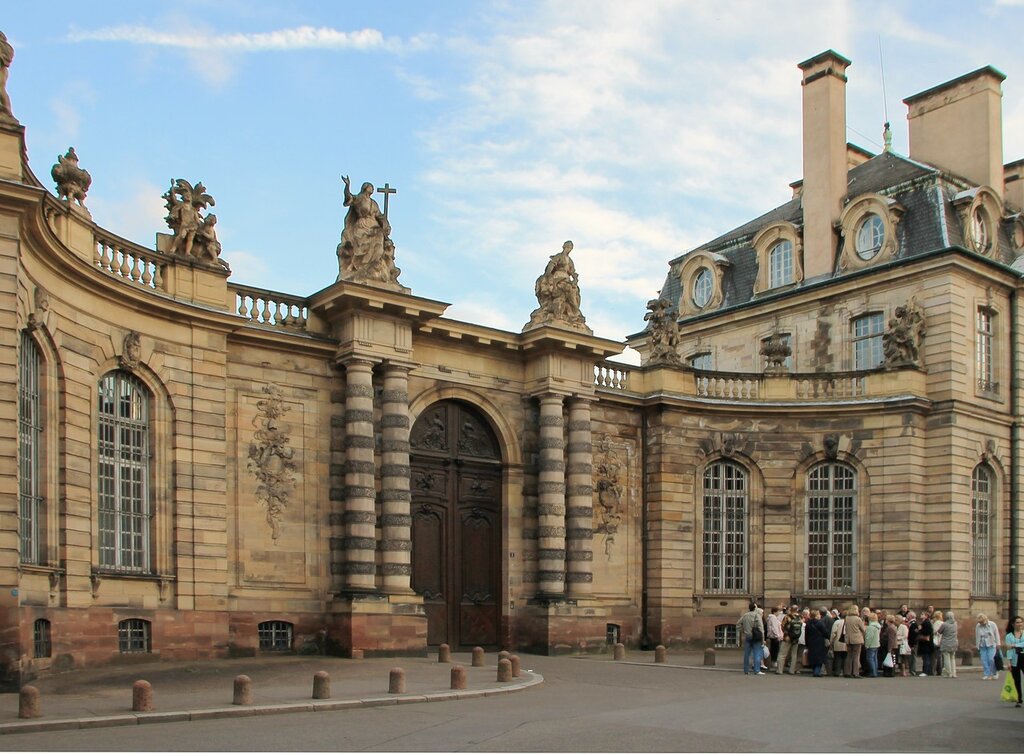 On August 11, 1944, the building was severely damaged by bombs from Allied aircraft. After the war, under the direction of architect Bertrand Monnet, the Palace restoration began, but in 1947 a fire broke out, destroying a significant part of the collection of the Museum of fine arts. The fire was caused by burners that were used for drying rooms, after damage by bombs to the roof and floors of the building suffered from dampness. Most of the work was completed in the fifties, but the restoration of interiors and exhibits continued until the nineties of the last century. Many historical figures have visited Rogan's Palace for more than two hundred years: King Louis XV stayed here for five days in October 1744, and Queen Marie Antoinette spent the first night on French soil in may 1770. In 1805, 1806 and 1809, the Palace was visited by the Emperor Napoleon. One of the most recent events is the" family " meeting of the presidents of France and the United States, Nicolas Sarkozy and Barack Obama. 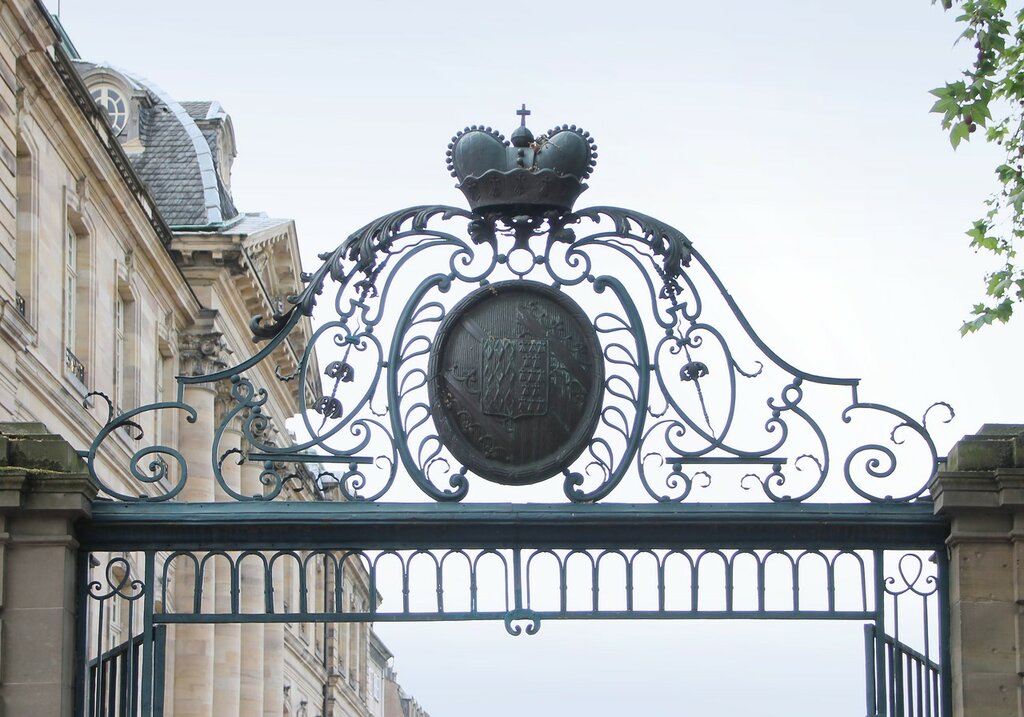 In front of the facade, facing the river, is a wide Rogan terrace, with small shaded squares around the edges. 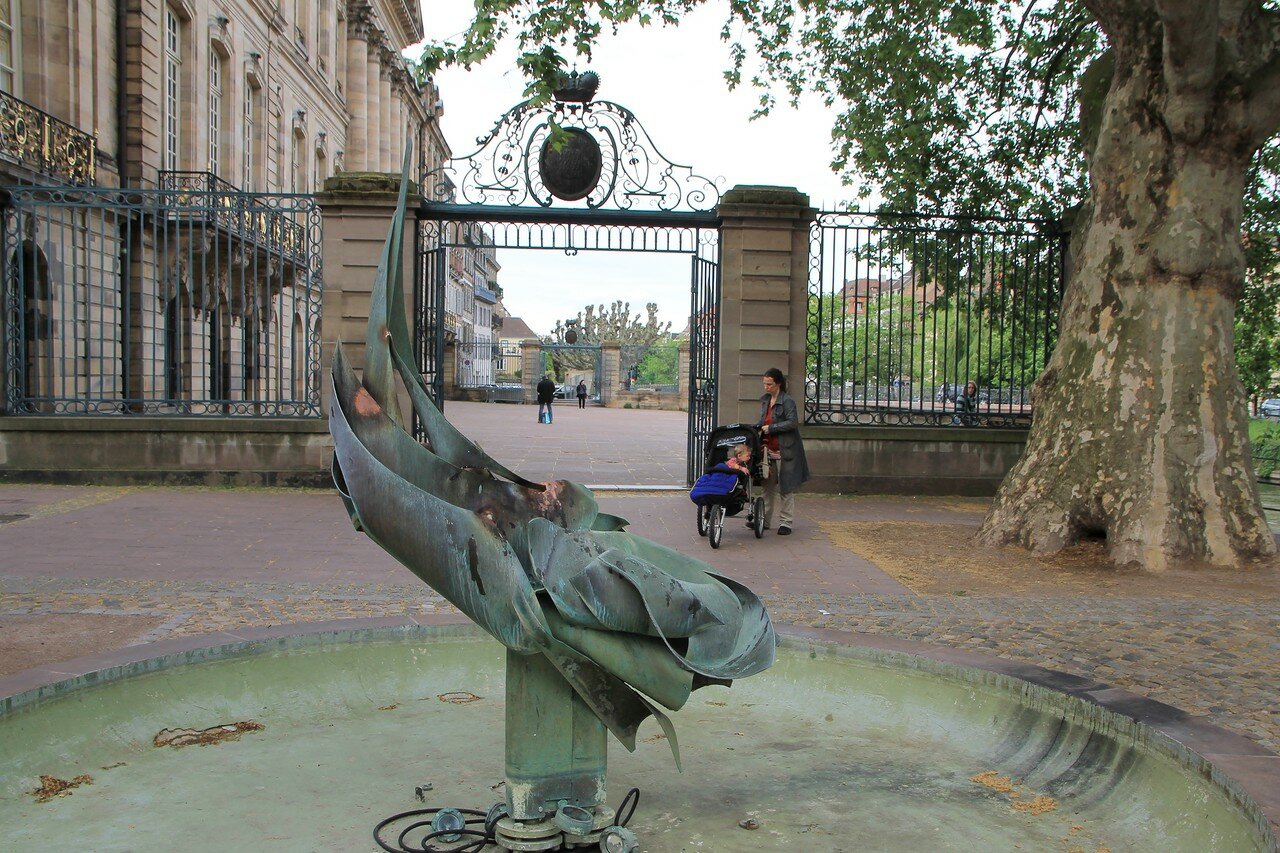 A door with carved floral patterns and a cast knocker handle. 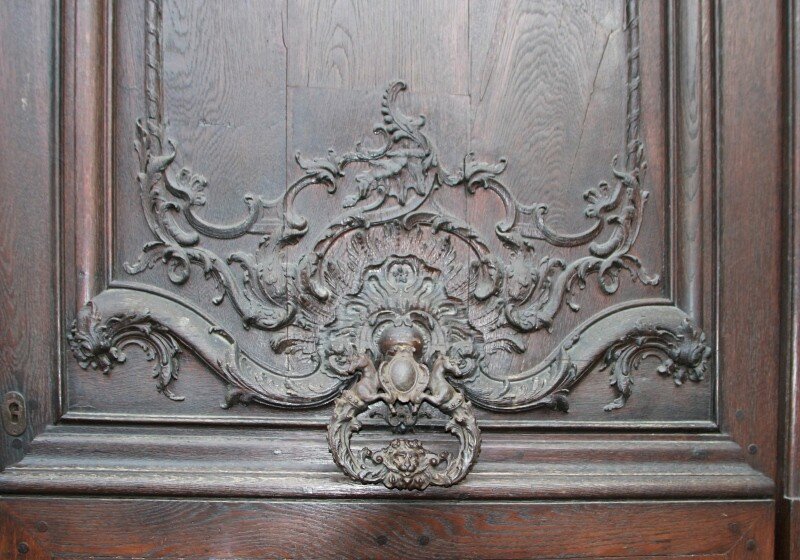 Cast-iron drainpipe drain in the form of a fish head. There is a storm drain grating under the gutter, and water from the roofs does not flood the sidewalk. 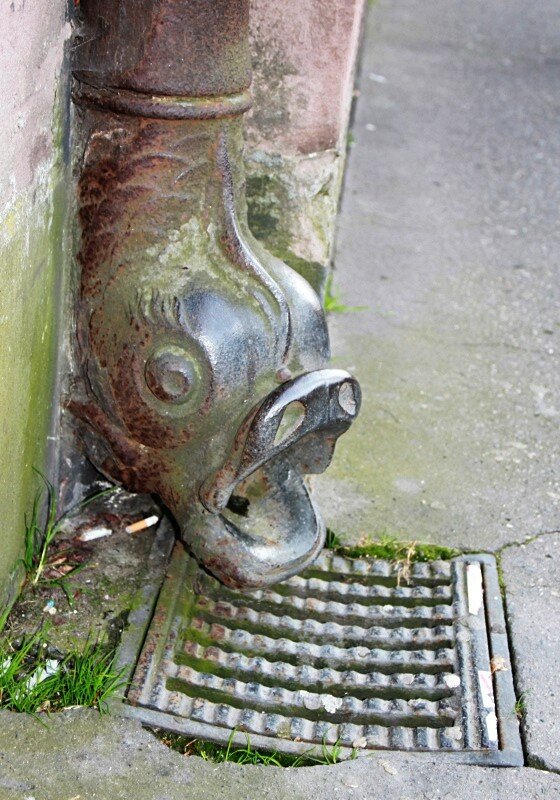